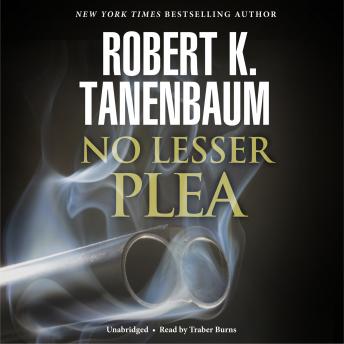 I’ve been a fan of talented writer Michael Gruber for years. Then I learned that Michael Gruber ghosted 15 legal thrillers for Robert K. Tanenbaum from 1987 to 2003. It took some time to track down those books, but now I have them all. I decide to read No Lesser Plea, the book that kicked off the series. Roger “Butch” Karp is an attorney in the New York City District Attorney’s Office. Karp becomes obsessed with a case where a liquor store robbery leads to two murders. Karp is a complicated guy. His marriage has problems, he has troubles with the broken criminal justice system, and Karp’s actions makes enemies. No Lesser Plea is a blend of police procedural and legal thriller. I enjoyed the surprising plot and the compelling characters. If you’ll looking for an entertaining legal thriller, I’d recommend No Lesser Plea. I’m looking forward to reading the rest of the books in series.
1987 No Lesser Plea
1989 Depraved Indifference
1991 Immoral Certainty
1992 Reversible Error
1993 Material Witness
1994 Corruption of Blood
1994 Justice Denied
1996 Falsely Accused
1997 Irresistible Impulse
1998 Reckless Endangerment
1999 Act of Revenge
2000 True Justice
2001 Enemy Within
2002 Absolute Rage
2003 Resolved