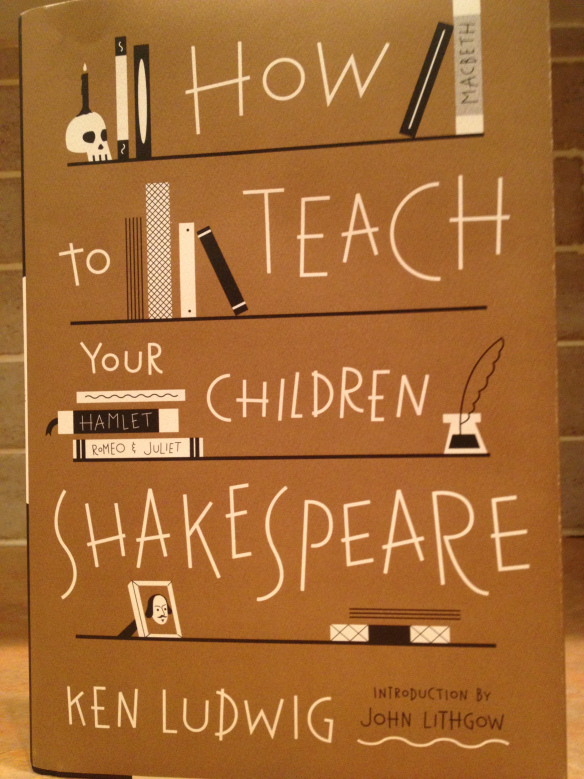 Ken Ludwig is a playwright who loves Shakespeare. He started teaching his kids about Shakespeare when they were six years old. Ludwig writes convincingly that Shakespeare can be learned at a young age. His approach is to start with the comedies. How To Teach Your Children Shakespeare includes detailed analysis of many of Shakespeare’s plays including one of my favorites: Twelfth Night. Ludwig’s other technique for teaching kids Shakespeare is to have them memorize some famous Shakespeare passages. You don’t have to have kids to appreciate Ludwig’s book. Trust me, you’ll come away with new insights into Shakespeare’s plays if you read Ludwig’s fine book. After finishing How To Teach Your Children Shakespeare, I wanted to drop everything and read some Shakespeare!
TABLE OF CONTENTS:
Twelfth Night
Romeo and juliet
Interlude
Henry lV Part l
As You Like
Henry V
Interlude
The Tempest
A List of Favorite Epigrams
Bibliography