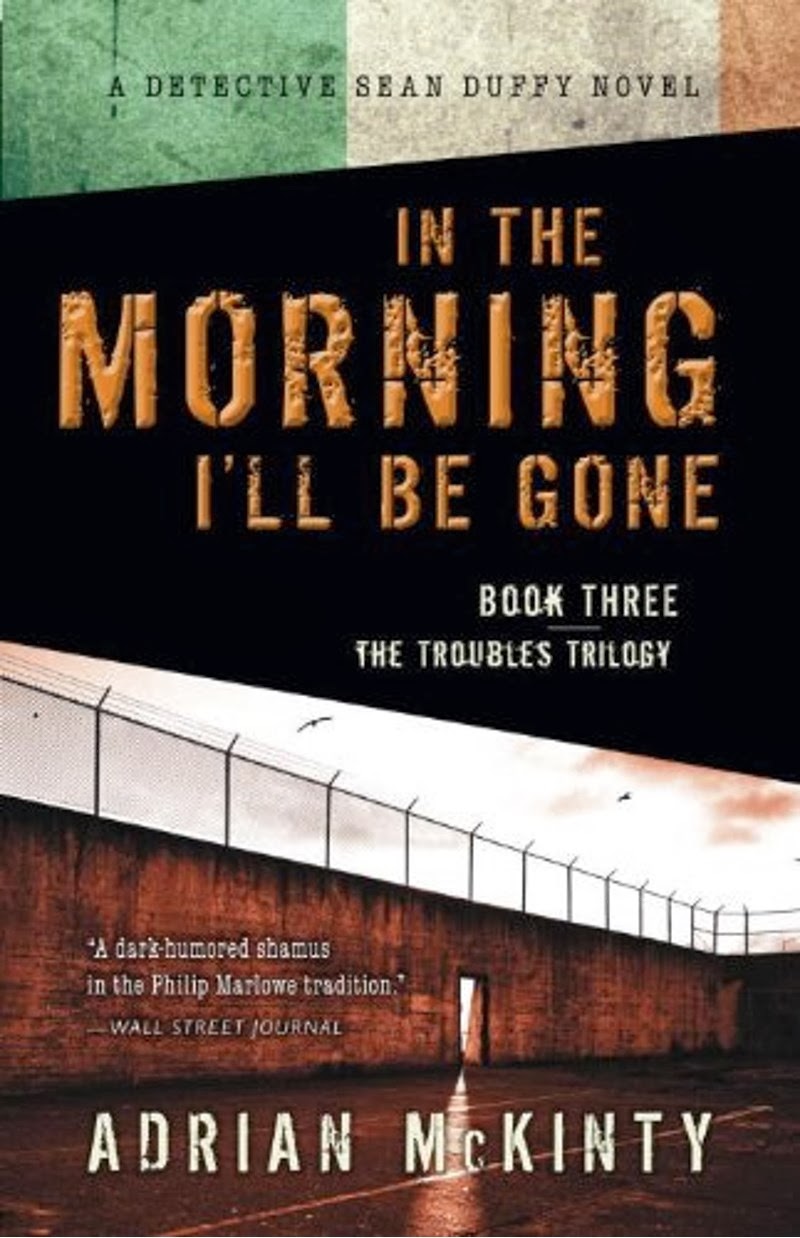 A locked room mystery. That’s about the last thing I would have expected in Adrain McKinty’s In the Morning I’ll Be Gone. In the Morning I’ll Be Gone is Book Three of “The Troubles Trilogy.” Set in Ireland in the early 1980s, these mysteries feature Sean Duffy, a scruffy, tenacious Catholic cop in the Protestant Royal Ulster Constabulary (RUC). Duffy is recruited by MI5, the British intelligence agency, to locate Dermot MCann, an IRA bomber. As Duffy investigates, he’s offered a deal by one of the principals in the case: if Duffy can solve a cold case murder, he’ll be given the location of Dermot McCann. But, as Duffy learns, the possible murder of a young woman happened in a pub whose doors were bolted. The police had to break in to recover the body. Duffy doesn’t give up and comes up with a stunning solution. You can read my reviews of the first two books in “The Troubles Triolgy”–The Cold Cold Ground and I Hear the Sirens in the Street here. If you’re looking for a well-written, intense, and clever locked-room mystery, pick up a copy of In the Morning I’ll Be Gone. GRADE: B+