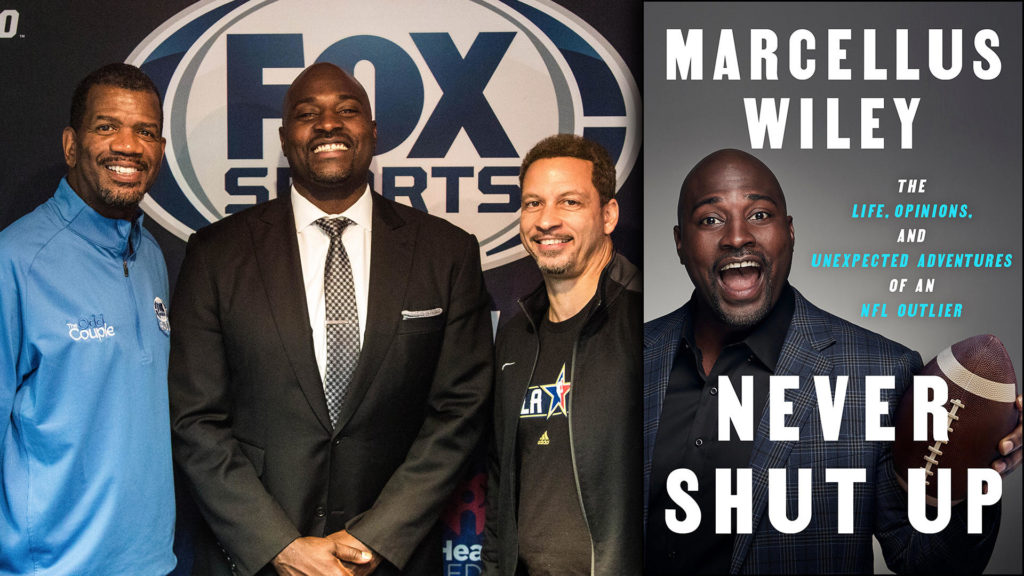 Marcellus Wiley claims the mantel of “NFL Outlier” because he made it out of poverty and gang-ridden Compton, California and was admitted to Columbia University on a sports scholarship. He was an excellent Defensive End and ended up being drafted in the Second Round (again unlikely for a player from an Ivy League College), After four years in Buffalo, Wiley moved to San Diego. As his NFL career started to unwind, Wiley moved to the Dallas Cowboys. He ended his career playing for the Jacksonville Jaguars.

Throughout his NFL career, Marcellus Wiley learned plenty of lessons. He developed into an NFL quality player by listening to his coaches at Columbia. Wiley learned to play the Defensive End position by listening to Hall of Fame lineman, Bruce Smith. Later, Wiley discovers what all those drugs he had been given to help him stay on the field cost him.

I always liked Marcellus Wiley. He was a care-free player while he played for the Buffalo Bills. After Wiley retired from the NFL, he became a commentator for ESPN and FOX SPORTS. He’s intelligent and funny. But after reading Never Shut Up I’m impressed by Wiley’s determination to overcome his many problems. Inspiring! GRADE: B+
Table of Contents
Introduction 1
Chapter 1 Finding My Own Path, And Getting My Ass Beat Along the Way 9
Chapter 2 One More Rep For Janet Jackson 34
Chapter 3 The Game Within The Game At Columbia U 54
Chapter 4 Bwaaa! All the Way to the NFL 80
Chapter 5 “Wild Style” and the Story of Bruce Smith’s Shoes 106
Chapter 6 At The Top Looking Down 132
Chapter 7 Dat Dude Goes To SM Diego 160
Chapter 8 What’s Your word? 183
Chapter 9 The Reverend Of Jacksonville 198
Chapter 10 Exactly Me 218
Chapter 11 A Real Hydration Situation 236
Chapter 12 Bigger Than Me 256
Acknowledgments 273