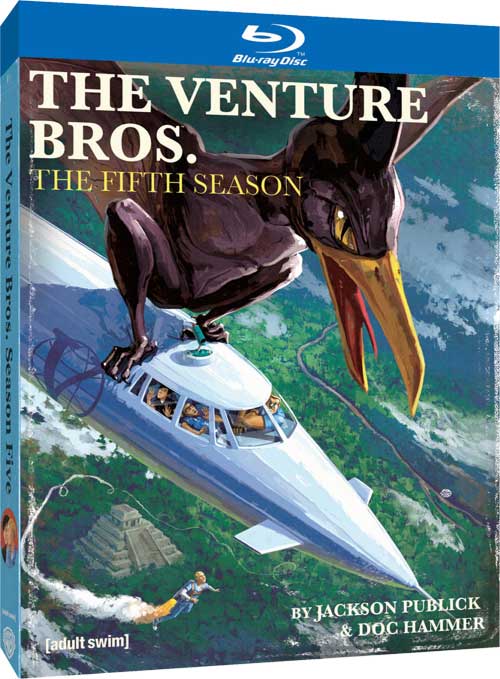 The Venture Bros.: The Fifth Season is an animated series that appeared last year on the Cartoon Network’s “Adult Swim.” These episodes continue the fun and frolic and action of the previous seasons. The Venture Bros. series is a pastiche of the old Johnny Quest adventures. Imagine that Johnny Quest grew up to be super-scientist Dr. Thaddeus Venture. His teenage sons, Hank and Dean, resemble the Hardy Boys. The series makes fun (in an affectionate way) of Johnny Quest and other action-adventure series. The cover on this Blu-ray box looks like the artwork that used to be on Grosset & Dunlap’s Tom Swift books. I love the giant pterodactyl on the Venture jet! If you’re in the mood for some animated action blended with some humor, check out The Venture Bros. GRADE: A

7 thoughts on “THE VENTURE BROS.: THE FIFTH SEASON [Blu-ray]”