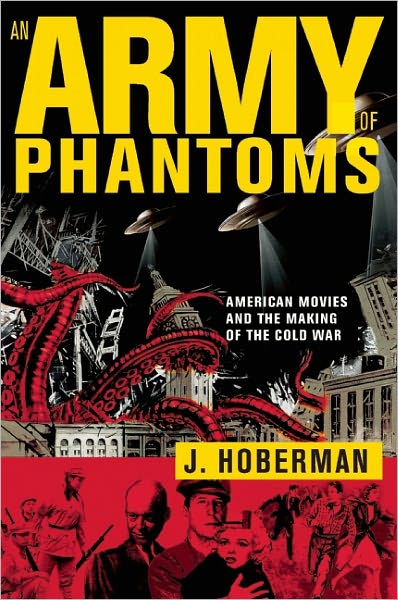 You might not consider High Noon a Cold War movie, but you will after you read J. Hoberman’s fascinating book, An Army of Phantoms: American Movies and The Making of the Cold War. Village Voice film critic Hoberman analyzes the movies he considers a part of the Cold War media machine: cavalry Westerns, apocalyptic sci-fi flicks, and biblical spectaculars. Hoberman covers witch hunts, House Committee on Un-American Activities tactics and humiliations, the resulting blacklist, message movies, propaganda, and more. An Army of Phantoms also includes the best treatment of The Invasion of the Body Snatchers that I’ve ever read. This is part of a three-book film history of the Cold War. In 2003, Hoberman published The Dream Life: Movies, Media, and the Mythology of the Sixties. A third volume about Ronald Reagan and the Eighties is forthcoming. I can’t wait for the next volume! GRADE: A

14 thoughts on “AN ARMY OF PHANTOMS: AMERICAN MOVIES AND THE MAKING OF THE COLD WAR By J. Hoberman”