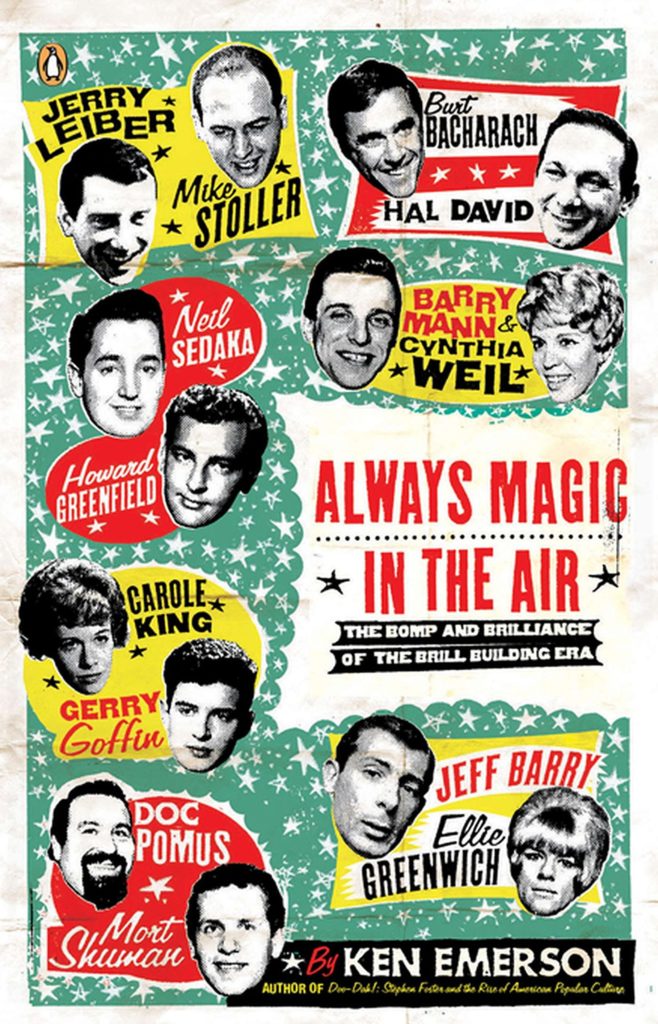 In a comment on my review of THE B SIDE: THE DEATH OF TIN PAN ALLEY AND THE REBIRTH OF THE GREAT AMERICAN SONG By Ben Yagoda, Fred Blosser recommended Always Magic In the Air: The Bomp and Brilliance of the Brill Building Era (2005) by Ken Emerson. I thought I had a copy of Always Magic In the Air and sure enough after a couple days of digging around in my basement, I found it and read it.

As Fred noted in his comment, Always Magic In the Air tells the stories of seven legendary songwriting teams: Jerry Leiber and Mike Stoller, Doc Pomus and Mort Shuman, Burt Bacharach and Hal David, Neil Sedaka and Howard Greenfield, Carole King and Gerry Goffin, Barry Mann and Cynthia Weil, and Jeff Barry and Ellie Greenwich. Always Magic In the Air captures the time in America when Rock & Roll was just beginning. The Brill Building became like an assembly line for the thousands of songs that flooded the radio stations and record stores (remember them?).

Ken Emerson supplies the historical context for all of these songwriting teams and discusses what made their songs so successful and unique. If you’re a fan of this era in popular music, Always Magic in the Air will delight and inform you. Thanks for the recommendation, Fred! GRADE: A

20 thoughts on “ALWAYS MAGIC IN THE AIR: THE BOMP AND BRILLIANCE OF THE BRILL BUILDING ERA By Ken Emerson”