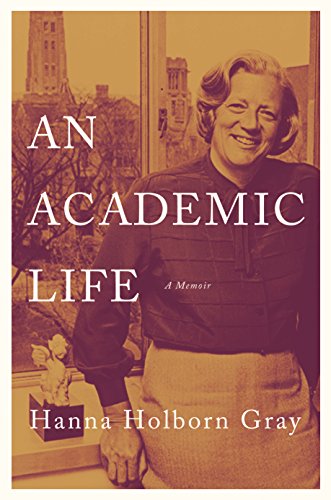 Hanna Holborn Gray was the first female President of the University of Chicago. But, the journey to that esteemed position passes through plenty of trouble. In 1934, Hanna and her family flee Germany as Hitler comes to power. Hanna lands in Britain where she learns English and adapts to life in the UK. Hanna’s father manages to get a teaching job at Yale University and the family moves again. Life in New Haven manages to be both exciting and dull at the same time. Hanna wants to live in New York City. Despite her initial resistance, Hanna decides she’ll pursue an academic life like her father did. She departs from her father’s career path when she becomes the first female Provost at Yale.

An Academic Life shows the resistance universities had to women teachers and administrators. Hanna Holborn Gray struggles to change the “Old Boys” club and be recognized for her accomplishments. I found her story compelling and inspiring. You would, too. GRADE: A-

8 thoughts on “AN ACADEMIC LIFE: A MEMOIR By Hanna Holborn Gray”