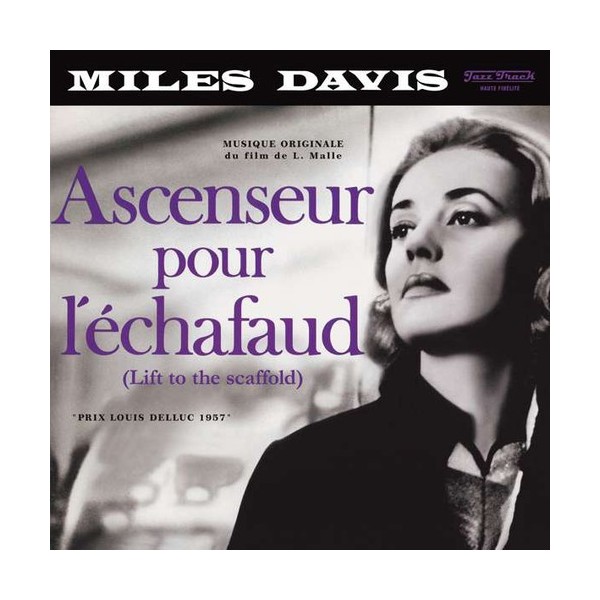 I’m a Miles Davis fan so I was surprised to find this soundtrack from 1958. Ascenseur pour l’echafaud (Lift to the Scaffold) is a moody and melodic soundtrack. Miles Davis plays well on this disc. There’s none of that “tuning up” awkward music here.

According to Wikipedia:
Davis was booked to perform at the Club Saint-Germain in Paris for November 1957. Rappeneau introduced him to Malle, and Davis agreed to record the music after attending a private screening. On December 4, he brought his four sidemen to the recording studio without having had them prepare anything. Davis only gave the musicians a few rudimentary harmonic sequences he had assembled in his hotel room, and, once the plot was explained, the band improvised without any precomposed theme, while edited loops of the musically relevant film sequences were projected in the background.
TRACK LIST:
1. Générique” 2:45
2. “L’ Assassinat de Carala” 2:10
3. “Sur L’Autoroute” 2:15
4. “Julien Dans L’Ascenseur” 2:07
5. “Florence Sur Les Champs Élysées” 2:50
6. “Dîner au Motel” 3:58
7. “Évasion De Julien” 0:53
8. “Visite Du Vigile” 2:00
9. “Au Bar du Petit Bac” 2:50
10. “Chez Le Photographe Du Motel” 3.50