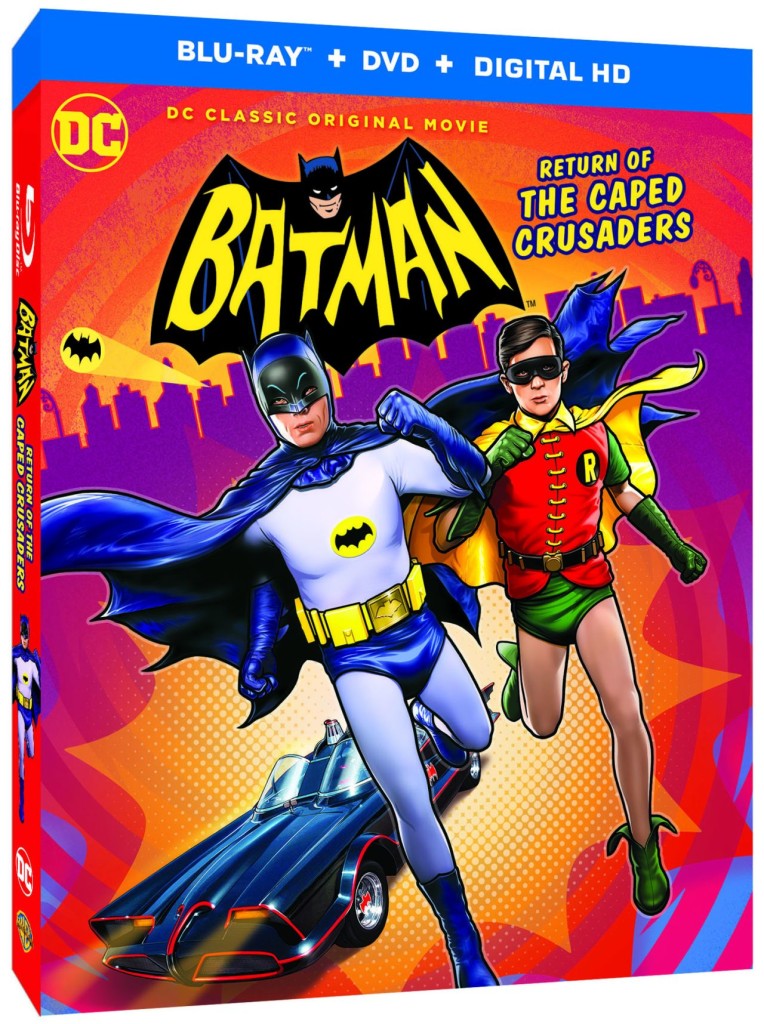 Here’s the perfect stocking stuffer for that Batman fan on your Holiday Gift List: Batman: The Return of the Caped Crusaders. This new animated feature holds plenty of surprises. Adam West is the voice of Batman. Bert Ward returns as Robin. Julie Newmar’s voice as Catwoman is just as sexy as it was back in the Sixties. The Joker, The Penguin, The Riddler, and Catwoman plan a caper to steal a new Replicating weapon. Batman and Robin are on the case, but the plot is more complicated than appearances would indicate. If you’re a fan of the classic Sixties Batman TV series, you’ll love this new fun adventure! GRADE: A

9 thoughts on “BATMAN: THE RETURN OF THE CAPED CRUSADERS [Blu-ray]”