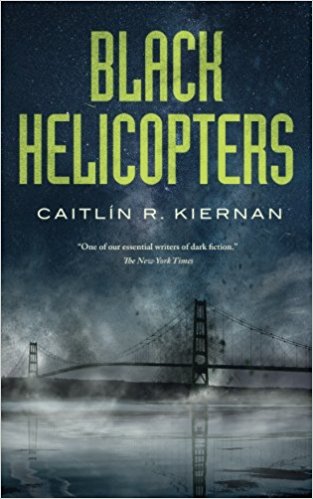 Caitlin Kiernan’s Black Helicopters is an expansion of her 2014 World Fantasy Award Best Novella of the same title. The story of an “event” that kills thousands of people (and might be the harbinger of something much Worse) appears in a series of chapters from different time-lines. The story shifts from the near Present to the Past to a couple of hundred years into the Future to back to the near Present. Much of what is going on is mysterious (at least to me). Agents from secret agencies duel in the back alleys of Dublin. Strange characters with telekinetic powers send the story careening toward the growing Darkness. Caitlin Kiernan has always been an atmospheric writer. Black Helicopters might be her moodiest book yet by far. GRADE: B