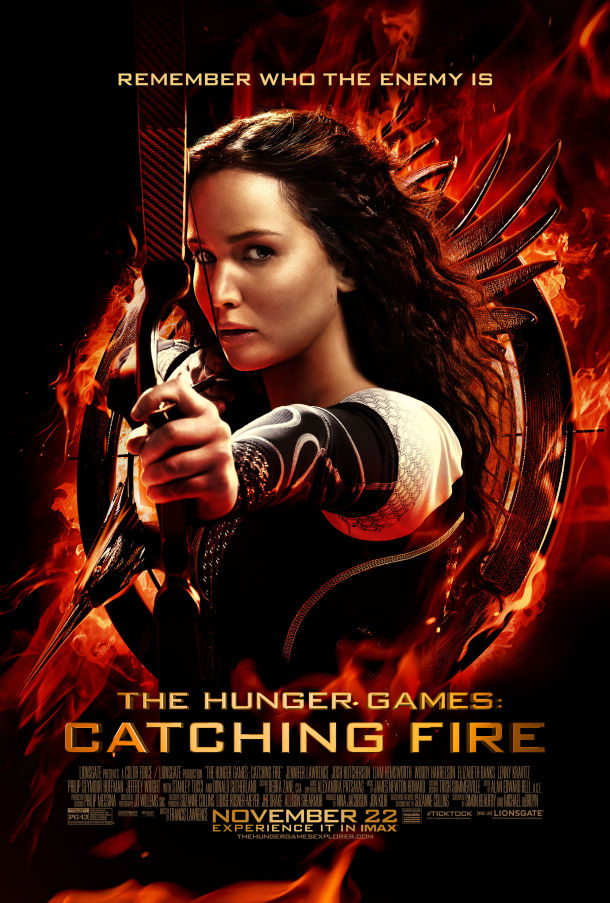 Catching Fire earned more than $161 million its Opening Weekend. I can’t say its success surprised me. When I watched Catching Fire last Friday, the theater was packed with teenagers. I suspect most read the enormously popular Hunger Games trilogy. The main attraction for me in these movies are Jennifer Lawrence as Katniss Everdeen who’s handy with a bow and arrow, Josh Hutcherson as Peeta the guy who adores her, Liam Hemsworth as the guy Katniss really loves, and Philip Seymour Hoffman as the Game Master. For those of you not familiar with plot of this series, basically the future is a dystopia where once a year “volunteers” from the 12 Districts fight to the death in the Hunger Games. There is one winner (survivor) and they are showered with money, comforts, and fame. The old 1% vs. the 99% antagonism highlights almost every scene. The gladiatorial aspects of this 75th Anniversary of the Hunger Games comes with a switch. Former champions will fight in this special event. Although the movie is too long (2 hours and 20 minutes), most of the audience loved every minute of it. GRADE: B+