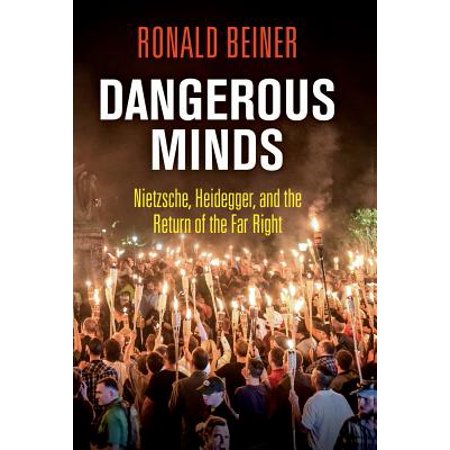 Steve Bannon, once Trump’s Chief Strategist, announced, “We are witnessing the birth of a new political order.” (p. 122) Ronald Beiner, a professor of Political Science at the University of Toronto, claims that the rise of the Far Right in the United States and Europe result from the ideas of Frederick Nietzsche and Martin Heidegger. Victor Hugo once wrote, “There is nothing more powerful that an idea whose time has come.” Both Nietzsche and Heidegger admired “Strong Leaders”–Nietzsche even labeled these individuals “Supermen” or “Overmen.” Both men didn’t believe in democracy. Both men had contempt for the Masses. Heidegger joined the Nazi Party. Beiner shows how the Far Right uses the ideas of Nietzsche and Heidegger to justify their actions in America and Europe against immigrants and groups who are “different.” This slim little book explains a lot of what’s going on. GRADE: A
TABLE OF CONTENTS:
Introduction. Nietzschean Ideologies in the Twenty-First Century 1
Chapter 1. Reading Nietzsche in an Age of Resurgent Fascism 15
Chapter 2. Reading Heidegger in an Age of Resurgent Fascism 65
Conclusion. How to Do Theory in Politically Treacherous Times 121
Notes 135
Acknowledgments 167

14 thoughts on “DANGEROUS MINDS: NIETZSCHE, HEIDEGGER, AND THE RETURN OF THE FAR RIGHT By Ronald Beiner”