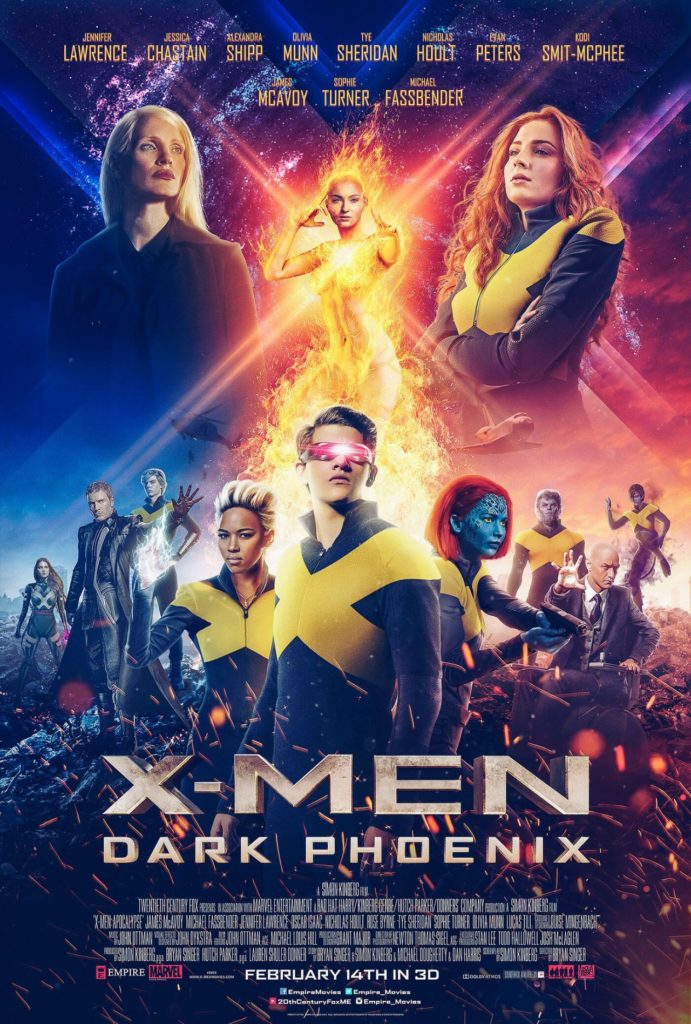 The “Dark Phoenix” is an incredibly powerful mutant called Jean Grey (played by Sophie Turner). Dark Phoenix traces the journey of Jean Grey from an 8-year-old-girl with strong but unreliable telepathic and telekinetic abilities. After a tragedy, Jean Grey decides to attend a school for mutant children run by Charles Xavier (James McAvoy). Then the movie fast-forwards 17 years to a daring rescue of the Space Shuttle when Jean Grey is needed to hold the disintegrating shuttle together. During the rescue, Jean Grey absorbs a cloud of strange cosmic energy that increases her powers geometrically. Of course, what would an X-Men movie be without some Bad Guys. In this case, it’s a band of eerie aliens led by Jessica Chastain who appears indestructible and plans to conquer the Earth. Given that Dark Phoenix is the last of the 21th Century Fox series (Disney now owns the rights to the X-Men franchise), Magneto (played by Michael Fassbender) had to show up to amp up the battle scenes.

My favorite X-Men movie character, the roguish Quicksilver (played brilliantly by Evan Peters), only appears in a couple cameos. Big mistake. Too much of Dark Phoenix is dark and turgid. The wit, humor, and speed of Quicksliver could have lighted the mood and added needed excitement. GRADE: B-