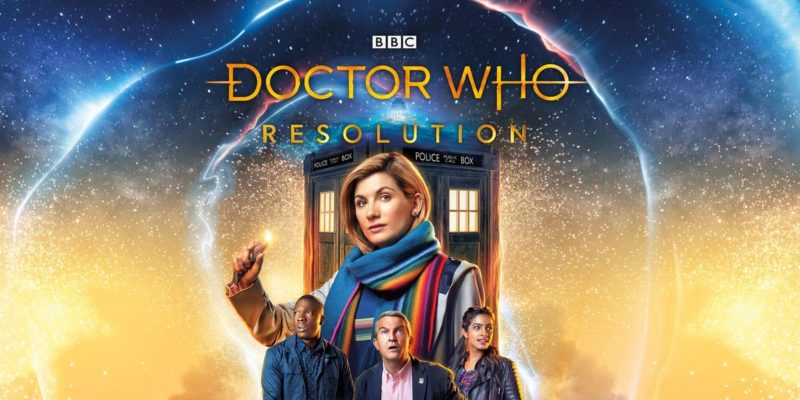 The twelfth series of the British science fiction television program Doctor Who premiered on January, 1 2020 and is scheduled to air weekly to March 2020, a 10-episode run on BBC America (on Sunday nights) and on other streaming services. I’ve already enjoyed the first two episodes–Spyfall (Parts 1 & 2)–which spoof spy movies. Jodie Whittaker returns for her second series as the Thirteenth Doctor.

For those of you not aquainted with Doctor Who, he/she is an alien Time Lord who travels through time and space in the TARDIS (which appears to be a British police box on the outside but is vast on the inside). Series 12 also stars Bradley Walsh, Tosin Cole and Mandip Gill as the Doctor’s traveling companions, Graham O’Brien, Ryan Sinclair and Yasmin Khan. I was much happier when the Companion was Karen Gillan who has gone on to greater roles.

If you’re looking for some fun Science Fiction adventures, I recommend this latest version of Doctor Who. GRADE: B+