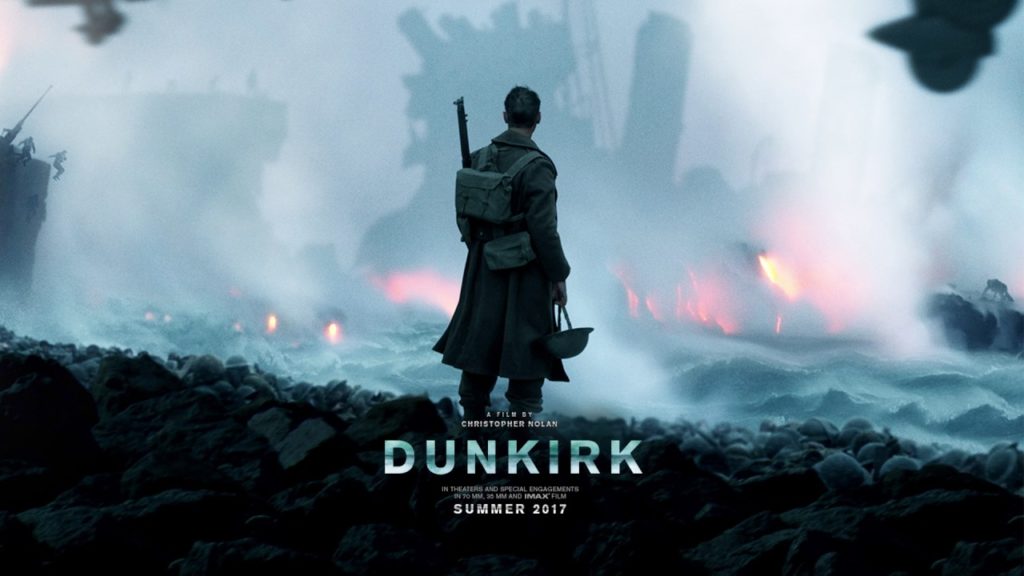 I was underwhelmed by Christopher Nolan’s Dunkirk. It feels more like a documentary than a war movie like Saving Private Ryan. Diane wanted to see Dunkirk because of the various stories about the movie on NPR. Several aspects of the movie annoyed me. First, almost 400,000 British troops were stranded on the beaches of Dunkirk. About 338,000 of them were saved by the brave flotilla of private British boats that Winston Churchill called for.

But, in Nolan’s movie, the beaches are nearly empty. Here and there lines of soldiers stand around–maybe a few hundred. There’s not much dialogue but what little there is was incomprehensible to me with the sounds of war drowning a lot of it out. Much is made of Nolan’s use of real planes–Spitfires, Messerschmidts, etc.–but the dogfights are surprisingly tame. All in all, Dunkirk is nothing special. What’s your favorite war movie? GRADE: B-

Leave a Reply to Sergio (Tipping My Fedora) Cancel reply