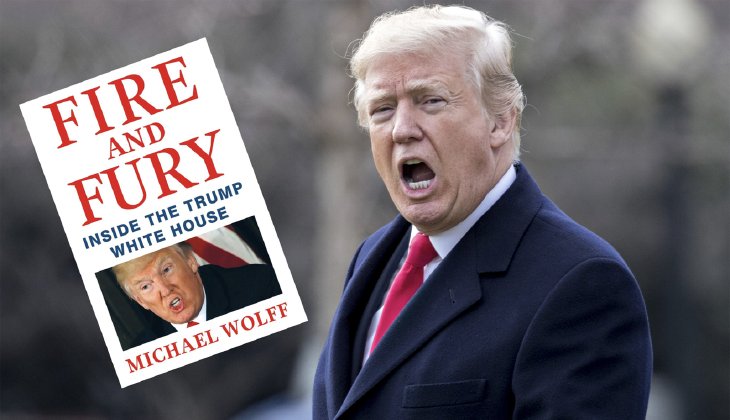 Based on 200 interviews with members of the Trump Administration, Michael Wolff’s Fire and Fury: Inside the Trump White House presents the chaos inside the West Wing as well as the infighting between key figures like Steve Bannon and members of the Trump family. One of the most incendiary claims by Wolff is that Bannon thinks Donald Trump, Jr. committed treason by meeting with the Russians to get “dirt” on Hillary Clinton. The other shocking aspect of Fire and Fury that struck me was that everyone who spoke with Michael Wolff thinks Donald Trump is an infantile idiot. Trump doesn’t read. He doesn’t study. He just loves to Tweet. It’s hard to gauge just how much of Fire and Fury is true and how much of it is just venting by frustrated White House staffers. Working for Trump is clearly a downer and the atmosphere in the West Wing is toxic. But, if much of Michael Wolff’s picture of White House dysfunction is true, then the USA is in deep trouble. This is a riveting book! GRADE: A
TABLE OF CONTENTS:
Author’s Note
Prologue: Ailes and Bannon
Chapter One: Election Day
Chapter Five: Jarvanka
Chapter Six: At Home

31 thoughts on “FIRE & FURY: INSIDE THE TRUMP WHITE HOUSE By Michael Wolff”