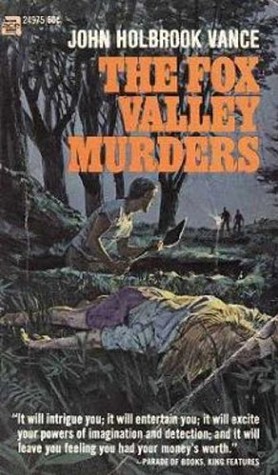 Stan Burns commented a few posts ago that he enjoyed Jack Vance’s “Sheriff” novels best. As a long-time fan, I’ve been rationing the few remaining Jack Vance books that I haven’t read. And, I hadn’t read The Fox Valley Murders featuring Acting Sheriff Joe Bain. Bain was a rowdy kid growing up, but he did a tour in the military, went to college on the G.I. Bill, earned a Criminal Justice degree, and was a top deputy when the Sheriff of San Rodrigo County in California dropped dead. Facing an election to keep his job, Bain confronts the puzzling series of fatal “accidents” by witnesses who testified in a rape/murder trial. Jack Vance is best known for his classic SF and fantasy fiction, but he could write a solid mystery, too. I have a copy of the other “Sheriff” novel, The Pleasant Grove Murders, that I’ll review in the months ahead.