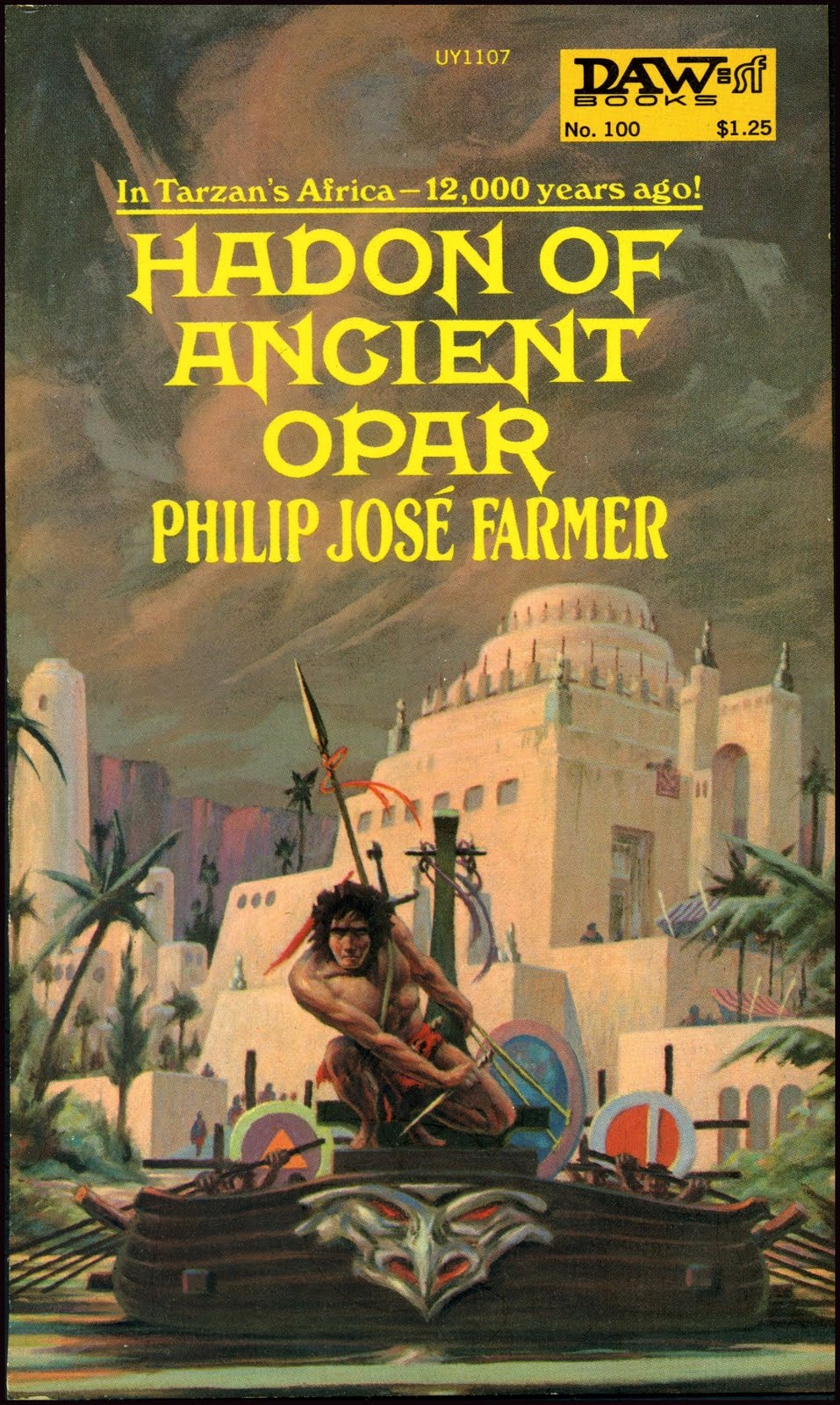 Philip Jose Farmer loved to write pastiches of other writers’ work. In Hadon of Ancient Opar, Farmer recreates the ancient city in the jungles of Africa, Opar. Tarzan had adventures in Opar and Farmer’s hero, Hadon, builds on those adventures. Farmer obviously loved Opar because he wrote two more books about it: Flight to Opar and the never before published The Song of Kwasin. All three of these books are being published in one grand omnibus volume by Subterranean Press next year with the title Gods of Opar: Tales of Lost Khokarsa. Pre-order it now! I did!
.