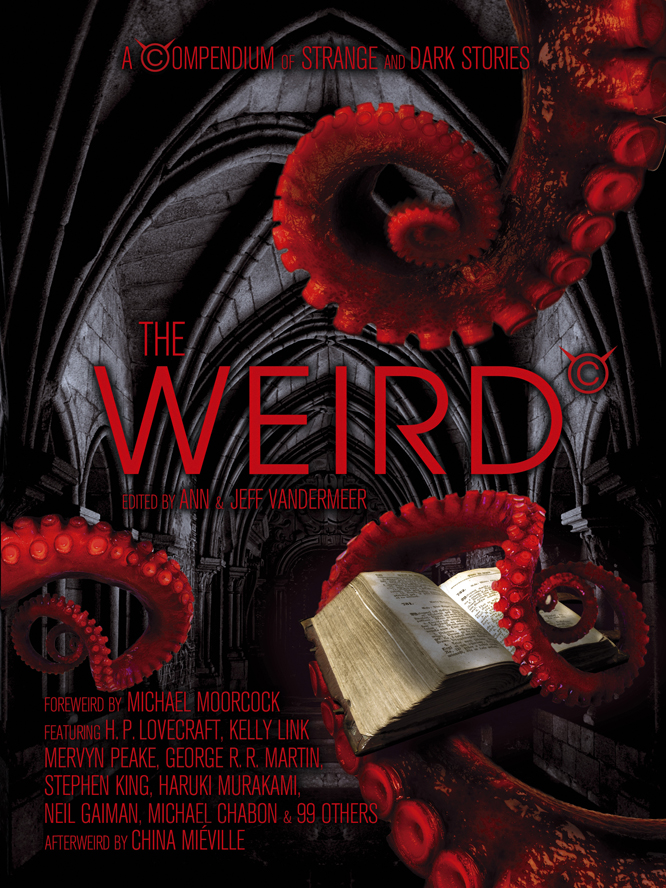 The Weird weighs in at 1152 pages. This huge volume contains 110 stories–some classics, some new to me–and this wonderful book can be had for less than $20! Talk about bargains! I could quibble about certain stories I would have liked to be included, but I’m not going there. I’m here to praise this great anthology. There’s something here for everyone. It would certainly make a wonderful holiday gift!
TABLE OF CONTENTS:
Alfred Kubin, “The Other Side” (excerpt), 1908 (translation, Austria)

Lord Dunsany, “How Nuth Would Have Practiced his Art,” 1912

Gustav Meyrink, “The Man in the Bottle,” 1912 (translation, Austria)

Bruno Schulz, “Sanatorium at the Sign of the Hourglass,” 1937 (translation, Poland)

Michel Bernanos, “The Other Side of the Mountain,” 1967 (new translation by Gio Clairval, France)

William Browning Spenser, “The Ocean and All Its Devices,” 1994

Brian Evenson, “The Brotherhood of Mutilation,” 2003

8 thoughts on “FORGOTTEN BOOKS #195: THE WEIRD: A COMPENDIUM OF STRANGE & DARK STORIES Edited by Ann and Jeff VanderMeer”