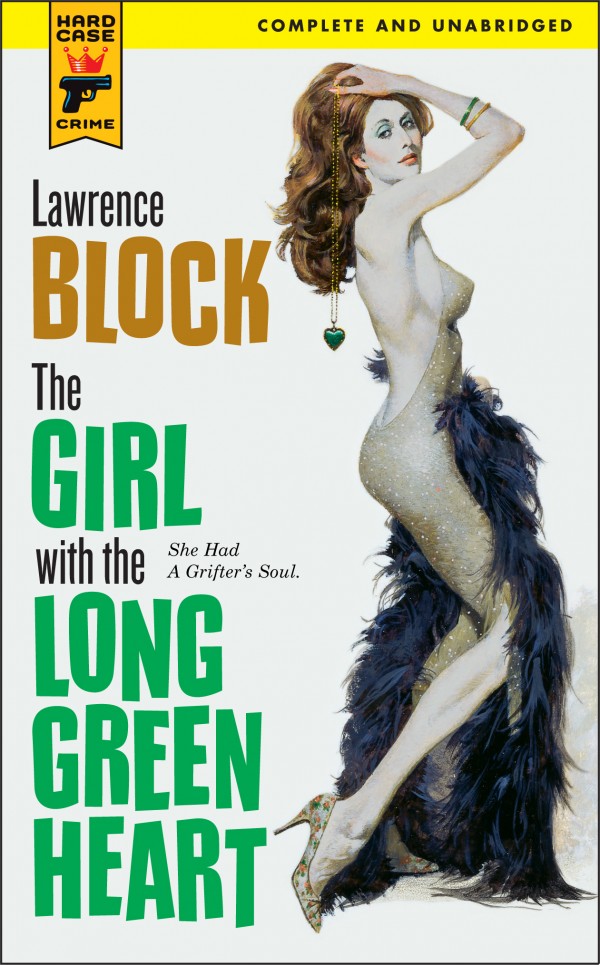 This 1965 Lawrence Block novel was reprinted in 2005. It’s the story of a con: two men and the girl with the long green heart work a real estate scam on an investor. Plenty of maneuvering and double-dealing result. Lawrence Block impressed me with his knowledge of real estate transactions (the land in question was located in Canada) and banking regulations. These are little things in the totality of the confidence game, but it shows Block did his homework. I also appreciated Block’s attention to detail in using Western New York and Toronto as the setting for most of this novel. Block knows this area well. The only jarring note happened when the narrator has to hide a gun on an airplane. There wasn’t much security at airports back in 1965. If you enjoy well-written, well-plotted suspense fiction, give The Girl With the Long Green Heart a try. And I really like the Bob McGinnis cover!

I’m pitch-hitting for Patti Abbott this week (Happy Birthday, Phil!). Don’t worry, Patti will be back to host FFB next week. If I’ve missed your contribution to Friday’s Forgotten Books, please let me know and I’ll add you to the list.
Sergio Angelini, DICK BARTON: THE CASE OF THE VANISHING HOUSE (1978) by Alan Radnor

Brian Busby, Red Maple: How Canada Became the People’s Republic of Canada in 1981

James Reasoner, The Second Life of Monsieur the Devil By H. Bedford-Jones

Yvette,  The Man in the Tricorn Hat By Delano Ames

25 thoughts on “FORGOTTEN BOOKS #242: THE GIRL WITH THE LONG GREEN HEART By Lawrence Block”