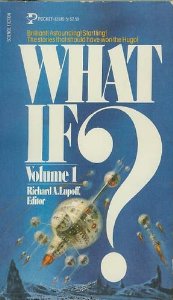 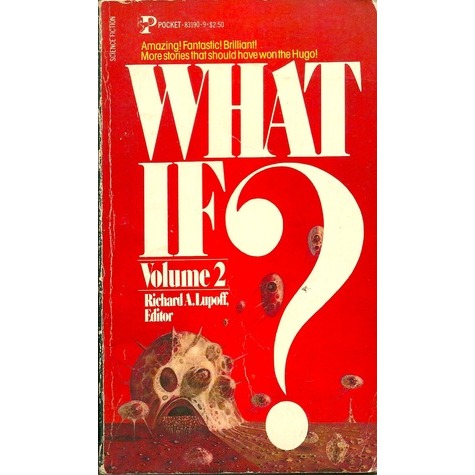 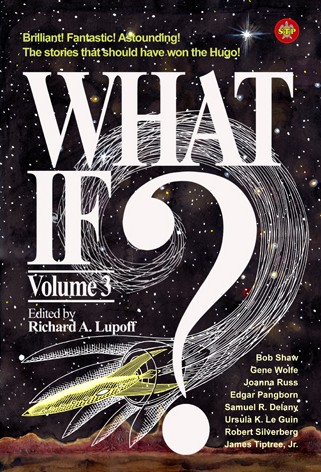 Ramble House and Surinam Turtle Press achieve something close to a publishing miracle with the appearance of What If? Volume #3. The first volume of What If? Stories that Didn’t Win a Hugo, But Should Have was published in 1980. The second volume of What If? was published in 1981. The third volume of What If? was in the galley stage of the publishing process when the series was canceled. Decades passed. Then editor Richard A. Lupoff found those long-missing galleys and bought them from a dealer. Now, we have all three volumes of stories that should have won the Hugo Award for Best Science Fiction story of the year. The bonus is Lupoff’s detailed history of the Hugo Awards year-by-year. I was astonished to learn that in 1953 there were 43 different science fiction magazines available on the newstand! Sadly, little by little, the publishing business changed and paperbacks became more popular than SF magazines. If you’re interested in great science fiction stories with intriguing essays by Lupoff on the development of the genre in the Fifties to the Seventies, I highly recommend the What If? series.

What If? Volume 3
A Note on Publishing History-Richard A. Lupoff
Shining Examples: An Introduction-Richard A. Lupoff
1966 “Light of Other Days”-Bob Shaw
1967 “The Star-Pit”-Samuel R. Delany
1968 “The Barbarian”-Joanna Russ
1969 “Sundance”-Robert Silverberg
1970 “The Island of Doctor Death and Other Stories”-Gene Wolf
1971 “Vaster Than Empires and More Slow”-Ursula K. Le Guin
1972 “Painwise”-James Tiptree, Jr.
1973 “My Brother Leopold”-Edgar Pangborn