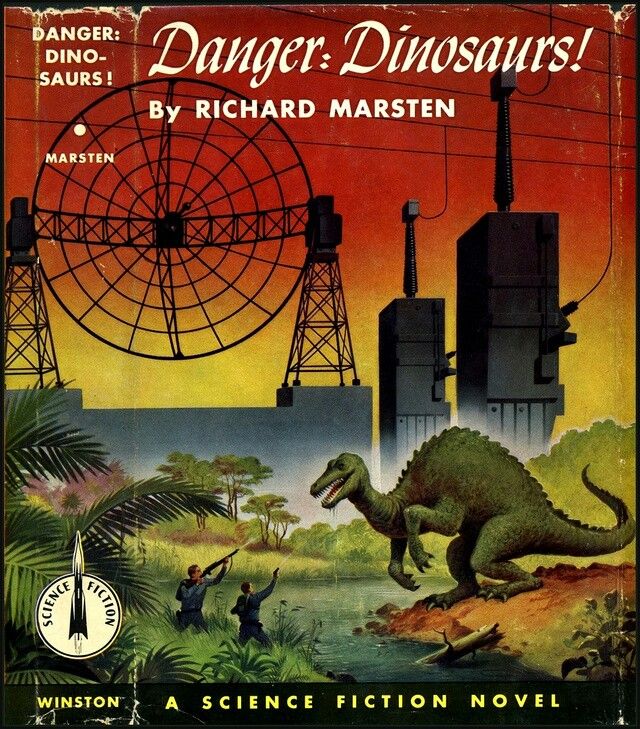 I read this Winston Science Fiction juvenile novel back in the 1950s. Danger: Dinosaurs! was published in 1953 and when I reread it, I was struck by Ed McBain/Evan Hunter’s progressive characterizations. One of the major characters is an African-American who plays a key role in the plot. I read most of the Winston SF series and I can’t recall another African-American character in any of them. Danger: Dinosaurs! also introduces a notion unique in time-travel stories: that events in the past can forgotten when the time-travelers return to the future. This story of a group who encounters problems during their visit over a 100 million years ago was thrilling when I was a kid. Even in this early novel, the strengths of Ed McBain/Evan Hunter’s story-telling were obvious. Ed McBain turned to writing crime fiction, but this science fiction novel has plenty of suspense and action.