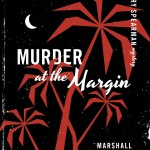 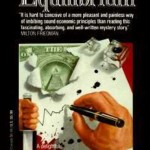 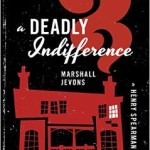 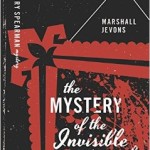 “Marshall Jevons” is the pseudonym of two economics professors: William L. Breit (Trinity University) and Kenneth G. Elzinga (University of Virginia). Their amateur sleuth, Henry Spearman, is a Harvard University economics professor (modeled on Milton Friedman). Spearman solves murders by using economic principles. For example, in the first book in the series–Murder at the Margin (1978)–Spearman solves a series of murders (a retired General and a sitting Supreme Court Justice) with a couple economic principles like the Prisoner’s Dilemma. My favorite mystery in this series is The Fatal Equilibrium (1985) where an associate professor at Harvard is murdered because of his attempts at securing an academic promotion. Concepts like “opportunity costs” and “marginal utility maximization” come into play. The Fatal Equilibrium became the first mystery novel to be published by a university press (MIT). The third book in the Henry Spearman series, The Deadly Indifference (1995) involves real estate and academic history.

William Breit died in 2011, but his writing partner just published The Mystery of the Invisible Hand (2014) where Henry Spearman unravels the death of an artist. Yes, these books are a bit gimmicky. But the economics behind the plots is sound and I found them entertaining. You might, too.

12 thoughts on “FORGOTTEN BOOKS #301: MURDER AT THE MARGIN, THE FATAL EQUILIBRIUM, THE DEADLY INDIFFERENCE, and THE MYSTERY OF THE INVISIBLE HAND By Marshall Jevons”