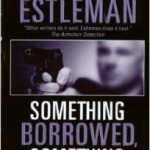 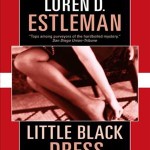 Back in the early 1980s, talented mystery writer Loren D. Estleman started writing a series of novels about a hit man named Peter Macklin. Macklin works for a crime family in Detroit. However, the leader of the crime family is serving some jail time when terrorists seize a tour boat. In Kill Zone (1984) the Feds work out a deal with the crime lord to reduce his sentence if Macklin can “neutralize” the terrorists.

In Roses Are Dead (1985) Macklin has left the crime family and is working as an independent operator. But Macklin’s enemies haven’t gone away and Macklin finds himself hunted down by other hit men.

Any Man’s Death (1986) revolves around Reverend Sunsmith’s crusade against legalized gambling. Sunsmith opposes the casinos that both the politicians and Mafia support. After surviving an assassination attempt, Sunsmith stirs up the Detroit community as he decides to run for Congress. Macklin accepts a contract to “remove” a local crime boss, but complications intrude.

Something Borrowed, Something Black (2002) begins with Macklin and his new wife, Laurie. But Macklin’s past catches up to him as he’s forced to accept a hit on a bookie in San Antonio while the Bad Guys control his wife. This novel has a lot of twists to it.

Little Back Dress (2005) begins with Macklin and Laurie looking at real estate in Ohio. But Laurie’s mother (she’s Macklin’s age, 44) is dating a guy Macklin suspects is a “player.” Sure enough, there’s an explosive robbery that brings out the best in Macklin. If you’re looking for stories of a stone cold killer, check out these Peter Macklin novels.