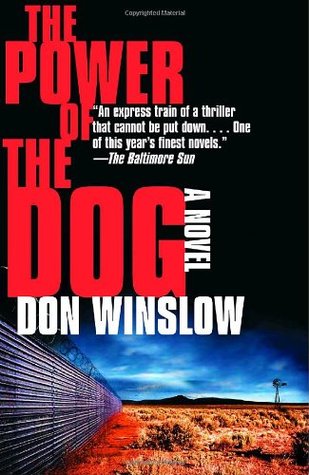 Don Winslow’s majestic novel of the Mexican drug cartels, The Power of the Dog, has a cast of dozens of characters. Winslow shows how the cartels work fueled by millions of dollars and millions of guns. That alone would make The Power of the Dog a great novel. But Winslow goes a step further and shows how the U.S. deals with the drug cartels. There are points in this book where I didn’t know the Good Guys from the Bad Guys. Everyone in the drug trade becomes corrupted. There are scenes of extreme violence in The Power of the Dog. Double dealing, betrayal, treachery, and scheming permeate this detailed narrative. Next week, I’ll read Don Winslow’s sequel, The Cartel. and post my review. If it’s as powerful as The Power of the Dog, I’ll be in for another turbulent reading experience.

19 thoughts on “FORGOTTEN BOOKS #329: THE POWER OF THE DOG By Don Winslow”