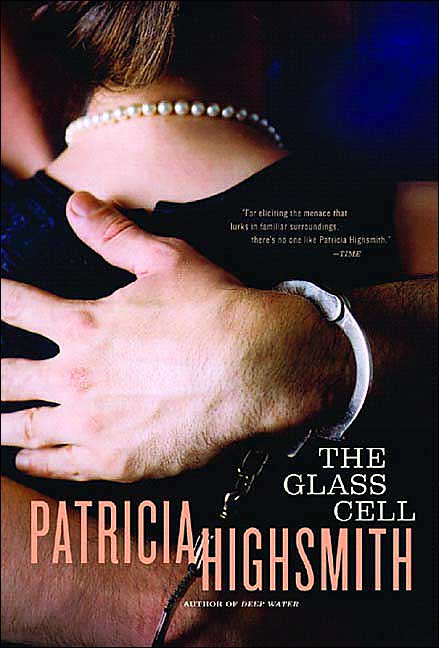 Last Friday I chose Plotting and Writing Suspense Fiction by Patricia Highsmith where I praised Highsmith’s case study of writing one of her most compelling works, The Glass Cell. Then Rick Robinson made the excellent suggestion that I review The Glass Cell which I immediately thought was a great idea. The Glass Cell is the story of Philip Carter, an engineer, who is falsely blamed for fraud in the construction of a school. Carter is convicted and sent to prison. Shortly after he’s incarcerated, Carter is viciously tortured by sadistic prison guards. This leads to a pain management problem that Carter can only solve with injections of morphine. Carter serves six brutal years of a ten-year sentence. Meanwhile, Carter’s beautiful wife Hazel, is having an affair with David Sullivan, a lawyer who Hazel believes is trying to get Carter a pardon. Highsmith ratchets up the suspense as Carter gets released from prison and has to confront life as an ex-con and his wife’s adultery. The case study in Plotting and Writing Suspense Fiction shows how Highsmith rewrote The Glass Cell after Harper & Row rejected it. Highsmith says the book began to take form when she realized that even though Carter was out of prison, the effects of his horrific prison experience never really left him. I highly recommend both The Glass Cell and Highsmith’s slim, savvy writing guide.

4 thoughts on “FORGOTTEN BOOKS #35: THE GLASS CELL By Patricia Highsmith”