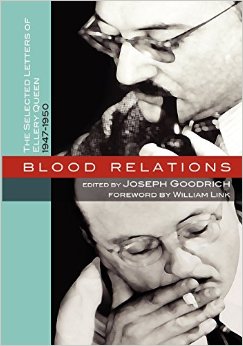 One of the books I picked up at the BOUCHERCON in New Orleans was Blood Relations: The Selected Letters of Ellery Queen 1947-1950. During this time period, four Ellery Queen novels were published: Ten Days’ Wonder (1948), Cat of Many Tales (1049), Double, Double (1950), and The Origin of Evil (1951). When I first discovered Ellery Queen back in the 1960s, i binged on the early mysteries reading about a dozen of them before moving on to Agatha Christie and “carter brown.” Afterwords, I read an Ellery Queen novel about every decade. So, in order to read Blood Relations I had to read the four books Frederic Danny and Manfred B. Lee (the cousins who worked together as “Ellery Queen”) discuss in these letters. I found them fascinating with the detail both men go into about their writing process. The letters share personal information: neither man was particularly healthy. Both seem to suffer from bouts of depression. And there’s a undercurrent of anger and antagonism in these letters. Money problems and family problems enter into the mix. I learned a lot about the approach these men took toward their work. GRADE: A 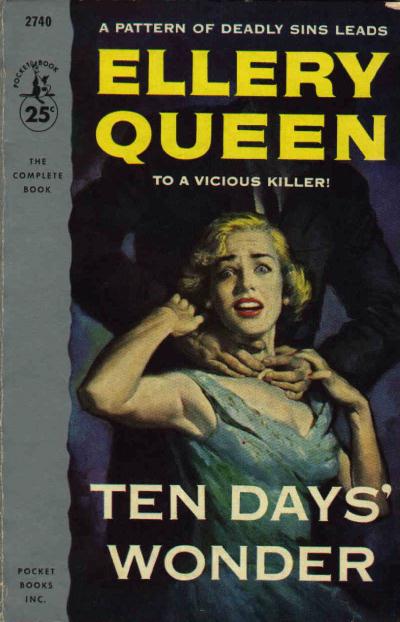 As far as the four novels, I found Ten Days’ Wonder very clever with multiple plots swirling under the surface. A friend of Ellery Queen fears he committed a crime while suffering from amnesia. Ellery accompanies his friend to Wrightsville and becomes involved in a blackmail plot. I found the conclusion surprising. GRADE: B+ 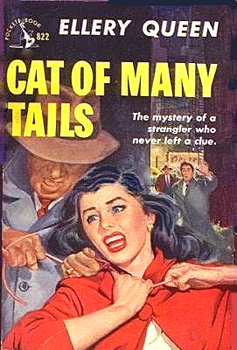 A serial killer called the Cat sends New York City into a panic. Ellery Queen, in a funk over the events in Wrightsville in Ten Days’ Wonder, is reluctant to get involved, but when his father is put in charge of the investigation, Ellery plunges into solving the murders. The 10 murders seem completely unconnected and random, but Ellery finally discovers the common element. Cat of Many Tales is one of the best mysteries Dannay and Lee ever produced. GRADE: A 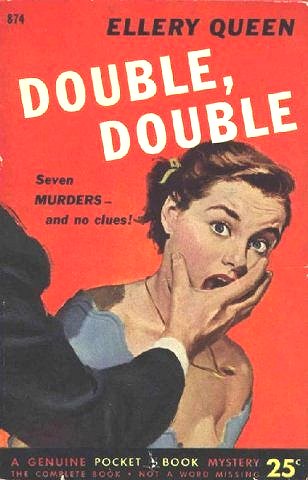 Ellery Queen finds himself back in Wrightsville for a series of deaths that follow the “rich man, poor man, begger man, thief” rubric. I found this mystery very very contrived. GRADE: B- 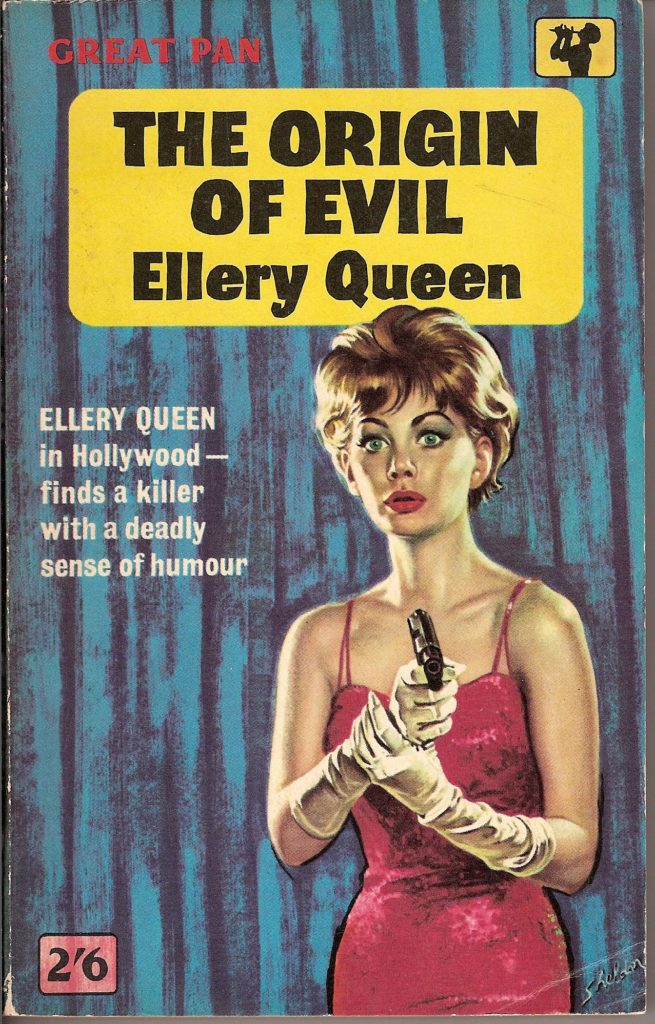 Origin of Evil is one of the Ellery Queen “Hollywood” mysteries. Ellery is in California to write a book, but he’s immediately drawn into a convoluted crime involving a dead dog, eels, dead frogs, and a guy who lives in a tree house. If you’re in the mood for a wacky puzzle novel, The Origin of Evil will fit the bill. GRADE: B