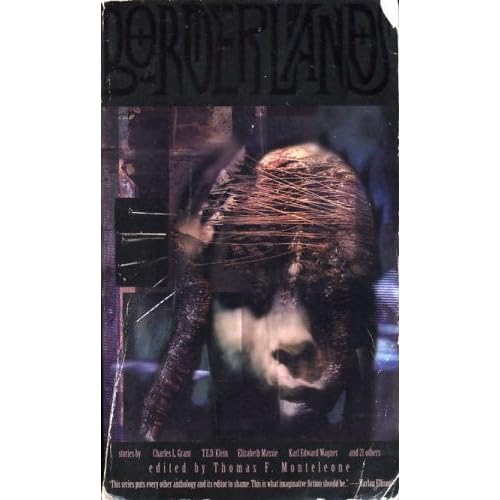 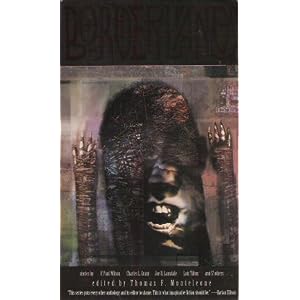 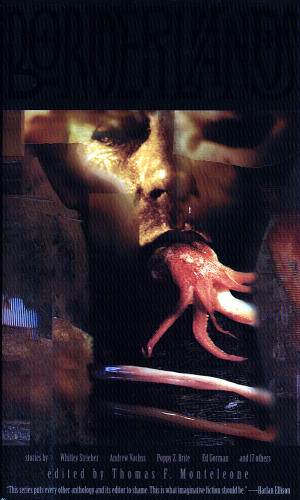 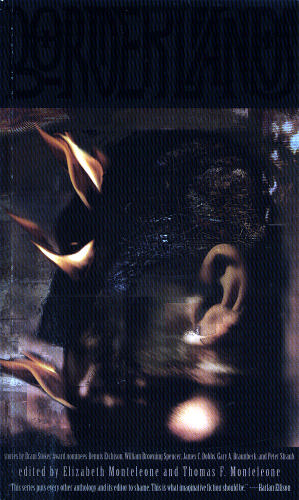 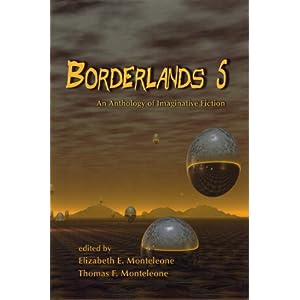 Halloween is in the air so I thought I’d present a series many people don’t know about: the Borderland series edited by the talented Thomas F. Monteleone. The first volume was published in 1988, the second appeared in 1991, the third in 1993. They were published by White Wolf Books and distribution was spotty. Some people have never seen these books. White Wolf folded and the fourth and fifth volumes of the Borderland series were published by Borderland Press. The fifth volume was reprinted by Warner books in 2004 in as From the Borderlands, but the Table of Contents is identical to Borderlands 5. Contributors to the series included Stephen King, Ed Gorman, John Farris, Whitley Strieber, David J. Schow, Poppy Z. Bright, Harlan Ellison, Kathe Koja, Charles Grant, Joe R. Lansdale, Kristine Kathryn Rusch, Ramsey Campbell, Dennis Etchison, and Peter Straub. The quality of these horror stories is high as you would expect from the reputations of the contributors. This is a little-known series that produced some scary horror fiction that would get you in the Halloween mood.