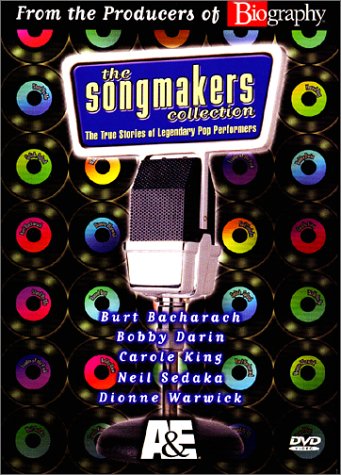 I picked up this 2-DVD collection for a pittance at BIG LOTS. If you’re a fan of Burt Bacharach, Bobby Darin, Carole King, Neil Sedaka, Dianne Warwick, and other talented singers and song-writers who worked at the Brill Building in the Sixties, this musical documentary is for you. “The centerpiece is “Hitmakers: The Teens Who Stole Pop Music,” a 90-minute documentary about the many writers who worked side-by-side in New York’s legendary Brill Building in the ’50s and ’60s. It’s a fascinating story, featuring duos like Carole King and Gerry Goffin, Barry Mann and Cynthia Weil, Jeff Barry and Ellie Greenwich, and Neil Sedaka and Howard Greenfield, nearly all of them Jewish kids from Brooklyn who were at ease writing classic tunes for black and white artists alike. The tale is told in standard documentary style, via interviews past and present, photos, extensive film footage, and, of course, lots of music.” I love this era of pop music and enjoyed all the great stories and music on these DVDs. This set is still available from AMAZON for about $8. A steal!