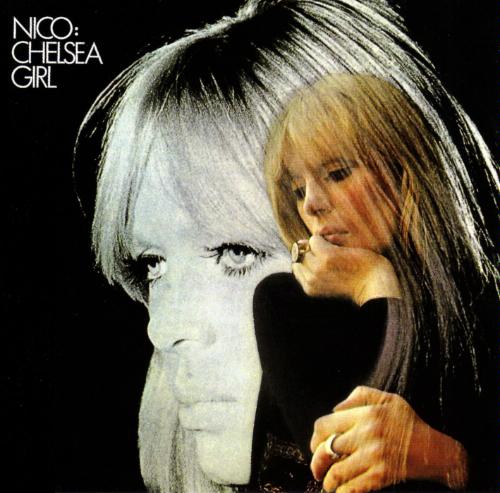 Chelsea Girl was German model, actress, and singer Nico’s debut album in 1967.  After recording with The Velvet Underground and appearing in Andy Warhol’s movie, Chelsea Girls, Nico produced this solo album. Nico’s voice sounds like it’s coming from a crypt. John Cale, leader of The Velvet Underground, said Nico was “tone-deaf.” But Nico managed to charm her way into a creative vortex: Bob Dylan wrote a song for her album (“I’ll Keep It With Mine”) as did 17-year old Jackson Brown (“These Days”). At that time in my life, women who looked like Nico and Marianne Faithfull, with their long straight hair and sultry eyes, were irresistible to me. For more on Nico, her music, and her sad ending listen to Ed Ward’s insightful commentary.