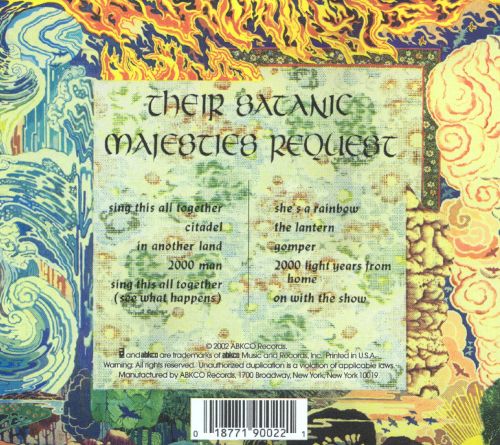 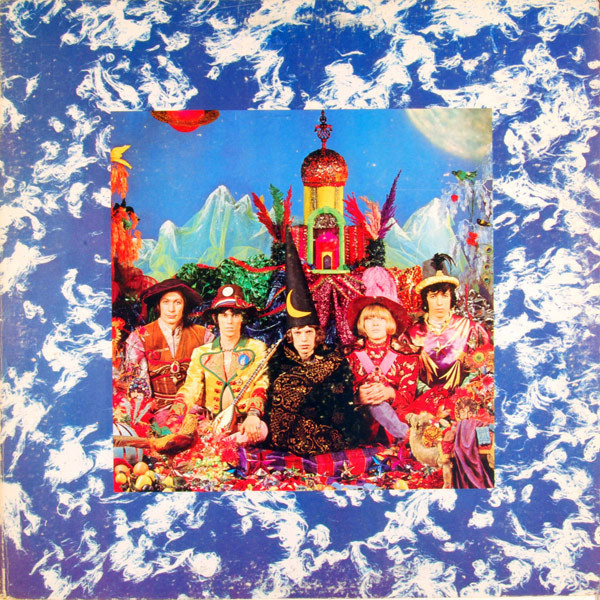 It’s hard to believe that it’s been 50 years since The Rolling Stones unleashed Their Satanic Majesties Request on the world. This was the Stones’s response to The Beatles’s Sgt. Pepper’s Lonely Hearts Club Band which explains the costumes on the album cover (both cover photographs were taken by Michael Cooper).

Keith Richards claims in his 2010 memoir Life that “none of us wanted to make [Satanic Majesties], but it was time for another Stones album, and Sgt. Pepper’s was coming out, so we thought basically we were doing a put-on.”

I’ve always considered Their Satanic Majesties Request a quirky album. The variety of songs and styles constantly surprise with each listening. The “hit” on this album was “She’s a Rainbow.” This CD has been totally remastered in both mono and stereo. A vinyl edition is also available. Are you a Rolling Stones fan? What did you think of Their Satanic Majesties Request when you first heard it? GRADE: B+
TRACK LIST:
1. Sing This All Together
2. Citadel
3. In Another Land
4. 2000 Man
5. Sing This All Together (See What Happens)
6. She’s A Rainbow
7. The Lantern
8. Gomper
9. 2000 Light Years From Home
10. On With The Show