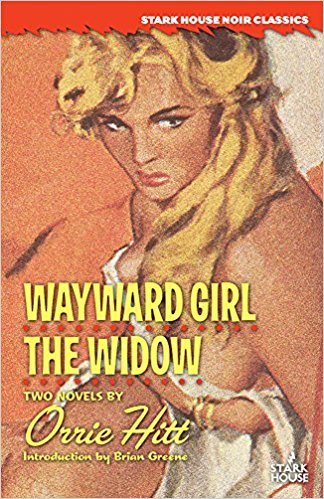 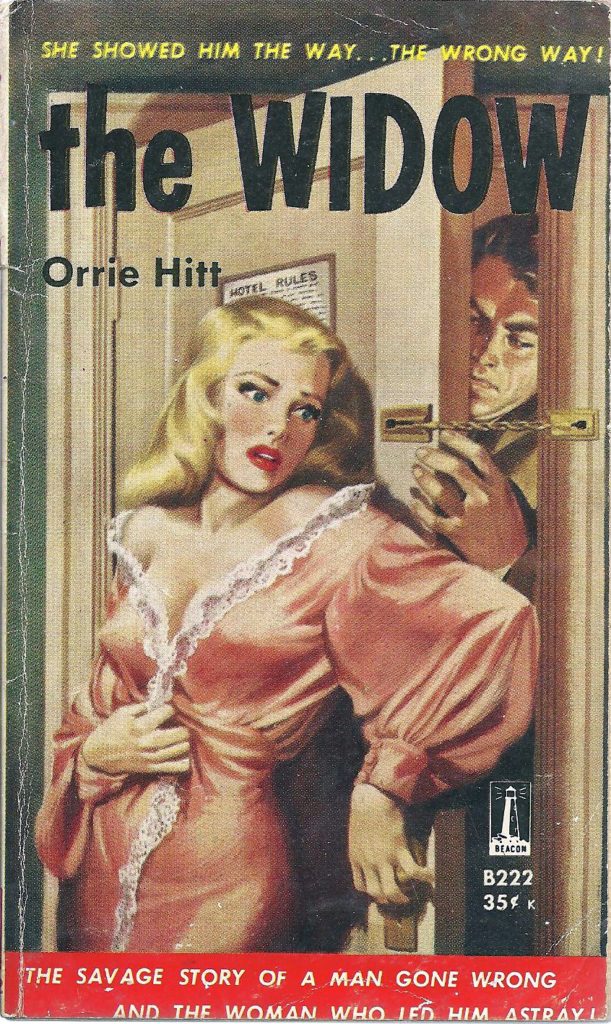 Art Scott once attended a mystery convention and wore a Name Tag that read: ORRIE HITT. Orrie Hitt was a prolific writer–150+ books!–whose work in the 1950s and 1960s reached a mass audience. In his informative Introduction, Brian Greene says that Orrie Hitt once banged out a complete novel in two weeks! Orrie Hitt wrote about people we would consider “working class” today. Hitt’s characters struggled with work and life and “making it.” Wayward Girl crackles with steamy sex and broken dreams. The Widow shows what happens when people make Bad Decisions. Orrie Hitt’s books were “hot stuff” back in the Fifties and Sixties. But the suspense and surprises of these books mixed with sexual desire and betrayal still hold a certain fascination. GRADE: B+