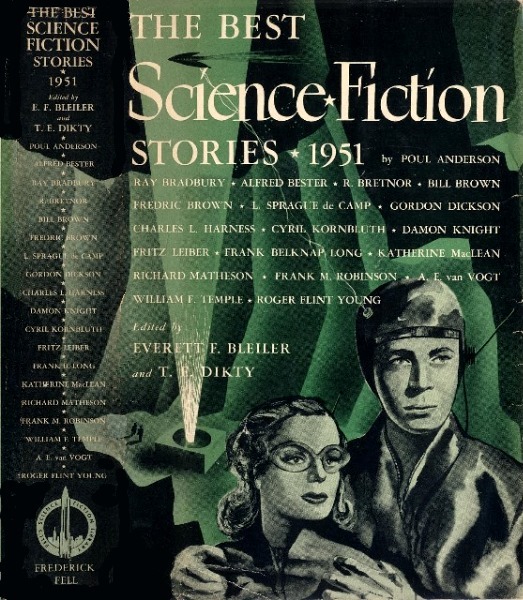 Imagine a story that’s based on Kant’s Critique of Pure Reason. That’s exactly what Charles L. Harness’s “The New Reality” does in its exploration of what Reality really is. Wonderful story! And then there’s a very different story from A. E. van Vogt titled “Process.” Told from the perspective of an intelligent forest on an alien planet, van Vogt manages to capture a “Sense of Wonder.” The most famous story in this volume is Damon Knight’s classic “To Serve Man.” I remember watching The Twilight Zone in 1962 and being shocked by the episode!