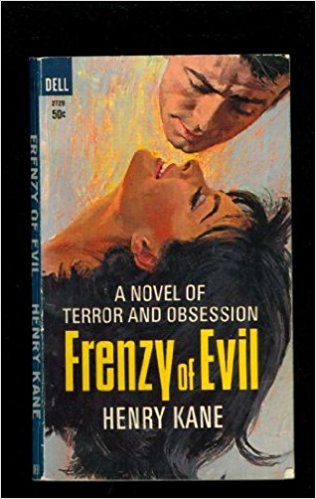 Henry Kane is best known for his private eye series (1947-1972) featuring Peter Chambers in 19 novels. But Henry Kane was a versatile writer. He wrote scripts for NBC’s Peter Gunn and 60 novels. Frenzy of Evil (1963) is one of Henry Kane’s stand-alone novels. The plot revolves around a group of friends who all harbor secrets. Successful lawyer Jonathan Joseph Carson hides the biggest secret: he abuses women. Carson’s new wife is in her 20s–40 years younger than he is. And, of course, secrets have a way of leaking out. Someone in Carson’s group decides that murder might be the best solution to Carson’s spousal abuse. If you’re looking for a psychological thriller with plenty of twists and turns, check out Frenzy of Evil–another classic STARK HOUSE BLACK GAT book! GRADE: B+