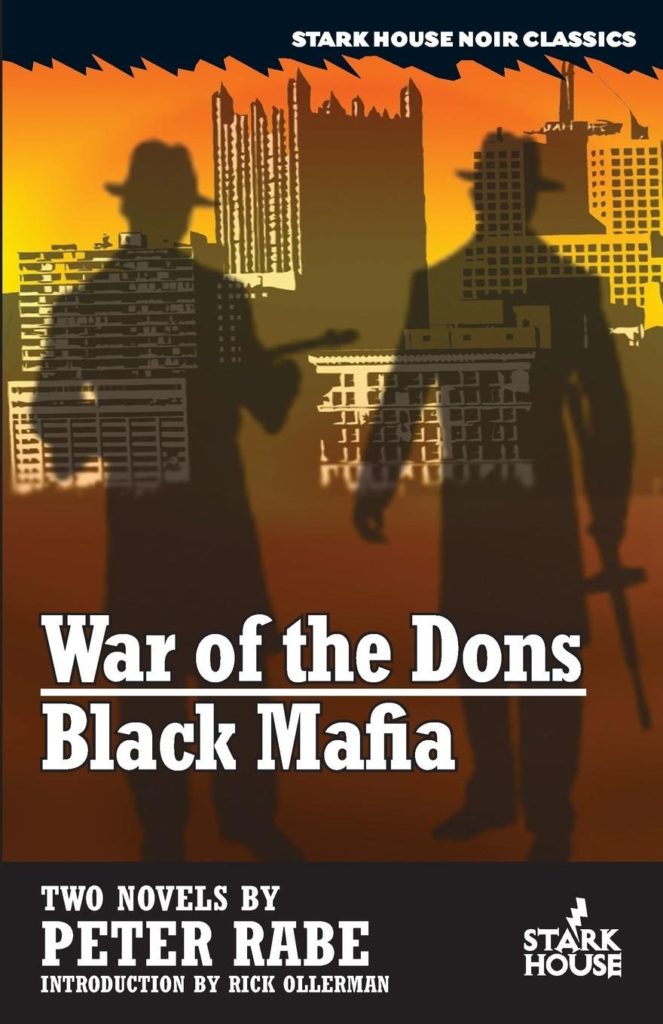 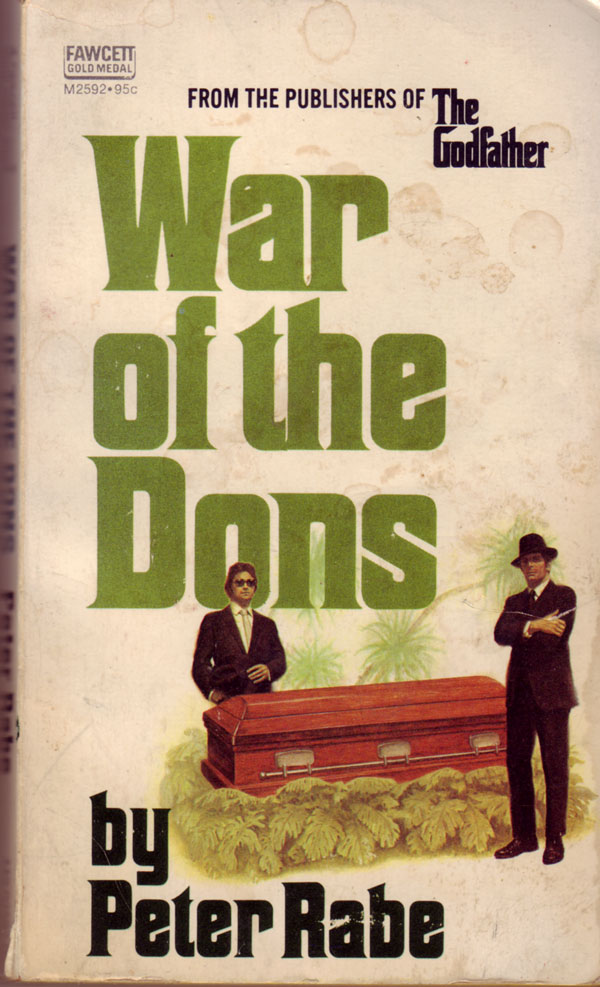 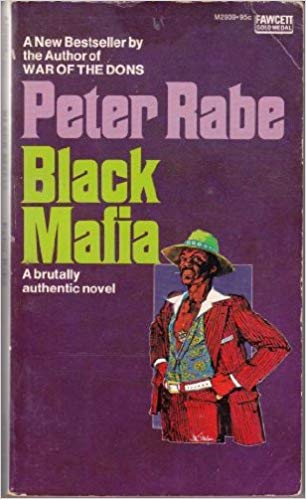 Rick Ollerman’s brilliant INTRODUCTION to Stark House’s new Peter Rabe omnibus, War of the Dons/Black Mafia, traces the genre of Mafia novels inspired by Mario Puzo’s classic The Godfather to Don Pendleton’s “The Executioner” men’s action adventure series. America had an insatiable appetite for stories about criminal organizations in the late 1960s and 1970s. Peter Rabe’s War of the Dons (1972) centers around Mafia don Messina’s southern California operation during a shakeup in the hierarchy. The three Guarda brothers, top lieutenants in Messina’s organization, find themselves targets in the new Mafia reorganization.

I enjoyed Black Mafia (1974) in part because Peter Rabe located the key Mafia figure in Buffalo in a neighborhood about 20 minutes from my home! The Mafia wants to extend their operations into the “Black Belt” but aspects of culture, race, and community thwart their efforts. Peter Rabe’s knowledge of gangland life and rituals plays out in both War of the Dons and Black Mafia. Treachery, double-crosses, and sudden violence crackles across the pages of War of the Dons/Black Mafia like the electricity of lightning strikes.
GRADES: War of the Dons: B; Black Mafia: B+

16 thoughts on “FRIDAY’S FORGOTTEN BOOKS #495: WAR OF THE DONS/BLACK MAFIA By Peter Rabe”