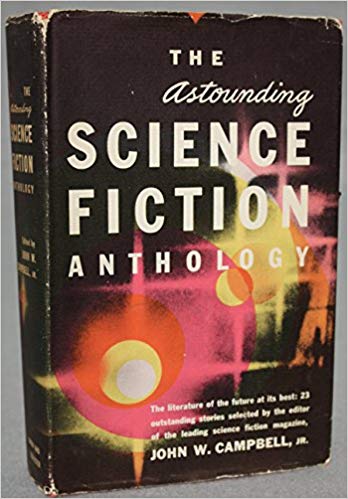 Back in 1952, this massive (585 pages!) anthology set the bar for SF anthologies. John W. Campbell, Jr.’s “Introduction” explains why he didn’t include stories from the 1930s–he wanted to focus on the development of Science Fiction from 1941 to 1951. Campbell also stresses the importance of robots…in 1951! Clearly, the man was a visionary. In defending his choices for The Astounding Science Fiction Anthology, Campbell explains that he picked stories about “ideas” and not necessary “the best” stories written by these authors. The stories are presented in chronological order. This is another aspect of Campbell’s strategy to demonstrate the development of the SF genre over a decade.