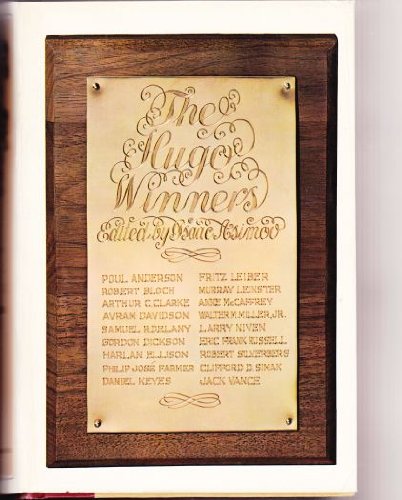 I picked up this thick-as-a-brick anthology at a Library Book Sale for pennies. My favorite stories are “The Dragon Masters” and “The Last Castle” by Jack Vance, but there are plenty of first-rate stories between these covers. Harlan Ellison is well-represented. So is Poul Anderson. I remember reading Clifford Simak’s “The Big Front Yard” in ASTOUNDING SCIENCE FICTION way back in 1958 and loving it. Probably the most famous story included in The Hugo Winners is Daniel Keyes’s “Flowers for Algernon” which was later expanded into a novel and became a movie.

As an impressionable kid, I loved another story from 1958 (when I was a precocious 9-year-old): Robert Bloch’s “That Hell-Bound Train.” That triggered a search for other “Deal With the Devil” stories. I found dozens in various anthologies, but none were quite as good as Robert Bloch’s classic. I read most of the stories in VOLUME TWO in Real Time as I subscribed to GALAXY, IF, WORLDS OF TOMORROW, AMAZING, and FANTASTIC and would buy the occasional issue of Analog and The Magazine of Fantasy and Science Fiction if one of my favorite SF writers was included in an issue on the newsstands.