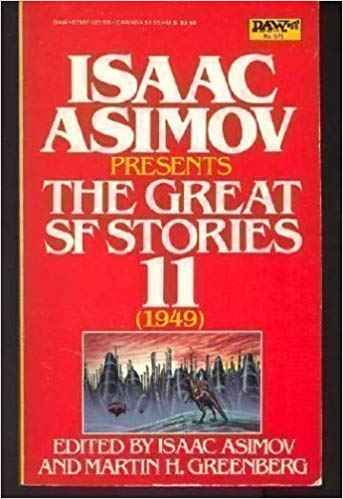 I was born in 1949 so this volume of The Great SF Stories #11 was always special to me. “Private Eye” is one of my favorite Henry Kuttner & C. L. Moore stories. I’m also a fan of Edmond Hamilton’s “Alien Earth.” Arthur C. Clarke’s “History Lesson” ends with one of the most iconic lines in Science Fiction. James H. Schmitz’s famous “The Witches of Karres” wraps up a volume of very good SF stories.