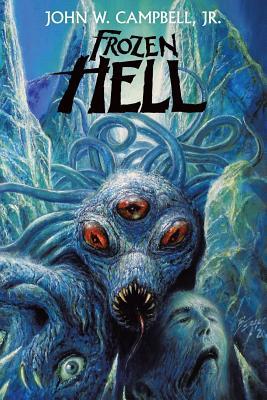 John W. Campbell, Jr. wrote one of the classic Science Fiction horror stories, “Who Goes There?”, and it was first published in the August 1938 issue of Astounding Science Fiction. Later, Campbell’s story was adapted three times as a film: the first in 1951 as The Thing from Another World; the second in 1982 as The Thing, directed by John Carpenter; and most recently as a prequel to the Carpenter version, also titled The Thing, released in 2011.

Alec Nevala-Lee, while researching Campbell and Astounding Science Fiction for his best-selling Astounding: John W. Campbell, Isaac Asimov, Robert A. Heinlein, L. Ron Hubbard, and the Golden Age of Science Fiction, Nevalo-Lee found an early draft of “Who Goes There?” at the Houghton Library at Harvard University where John W. Campbell, Jr.’s papers are kept. Nevalo-Lee discovers that the first 20 pages of what would be published as “Who Goes There?” were cut along with additional material. Now, the fully restored story with 45 addition pages has been released by Wideside Press with an INTRODUCTION by Robert Silverberg and a dandy wrap-around cover by Bob Eggleton. If you enjoyed the original story, you’l enjoy this restored edition even more! GRADE: A