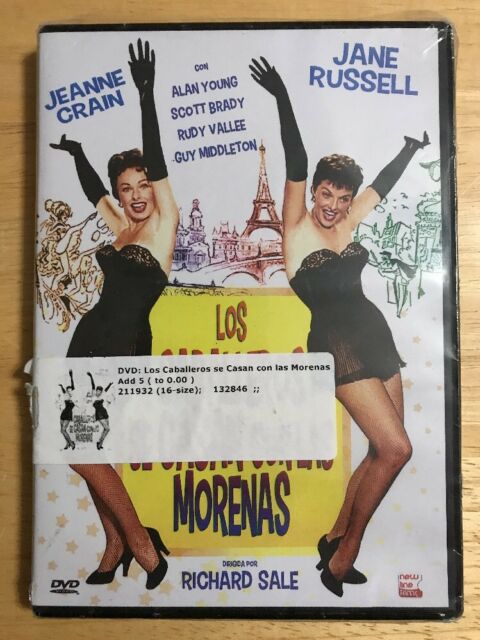 I’m a fan of Gentlemen Marry Brunettes partly because of “My Funny Valintine” (music by Richard Rodgers and lyrics by Lorenz Hart), “Ain’t Misbehavin’” (music & lyrics by Thomas ‘Fats’ W. Waller, Harry Brooks, and Andy Razaf). And I love the great scenes of Paris and Monte Carlo.

Anita Loos was also the author of the novel and play Gentlemen Prefer Blondes, which was a smash hit with Jane Russell and Marilyn Monroe two years earlier. Gentleman Marry Brunettes is a semi-sequel with Jane Russell returning but Jeanne Crain playing a role similar to the one Marilyn Monroe starred in but both women now playing new characters. Alan Young (later the star of TV’s Mr. Ed), Scott Brady (brother of Lawrence Tierney), and Rudy Vallee also appear in this movie as love interests. The choreography was by Jack Cole, who had also contributed to the Gentlemen Prefer Blondes film. The dance ensemble includes a young Gwen Verdon who would later go on to greatness. Gentlemen Marry Brunettes is fun. Are you a fan of Jane Russell and Jeanne Crain? GRADE: B