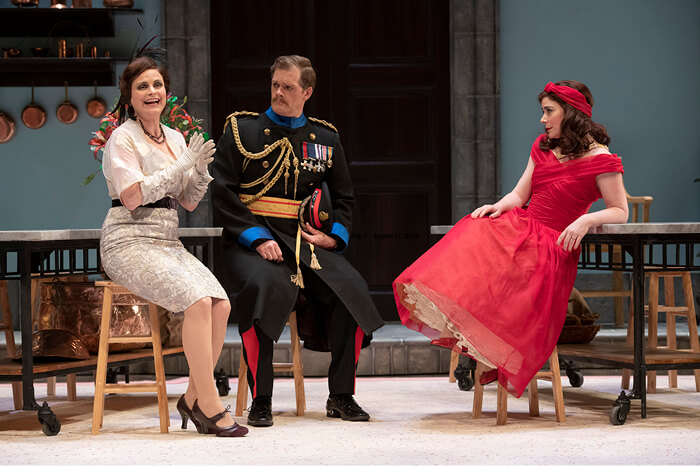 Imagine a play where five women and seven men discuss marriage for a couple of hours. Sounds dull, right? Well, if you’re George Bernard Shaw, you turn the subject of marriage and divorce into comedy gold. And, this play first opened in 1908! The reasons to get married, to stay married, and when to leave a marriage haven’t changed much in a century. Of course, British law at that time harshly stripped women of most of their rights (including financial) when they entered into a marriage and provided many impediments to leaving a dysfunctional relationship. British law became more fair in 1969, but women still struggle for equal rights with men just as American women do.

I enjoyed the spirited (and funny) debates among the characters. My favorite is Lesbia Grantham who turns down many marriage proposals from General Bridgenorth because she refuses to give up her rights and freedom to a marriage. “Home life as we understand it is no more natural to us than a cage is natural to a cockatoo.” The “cage” of course is marriage. The sold-out crowd at The Shaw Festival laughed at the one-liners and the slapstick comedic antics of the characters. But, beneath the humor, Shaw exposes the flaws of all long-term relationships. Brilliant! Do you have a favorite Shaw play? GRADE: A

5 thoughts on “GETTING MARRIED By George Bernard Shaw”