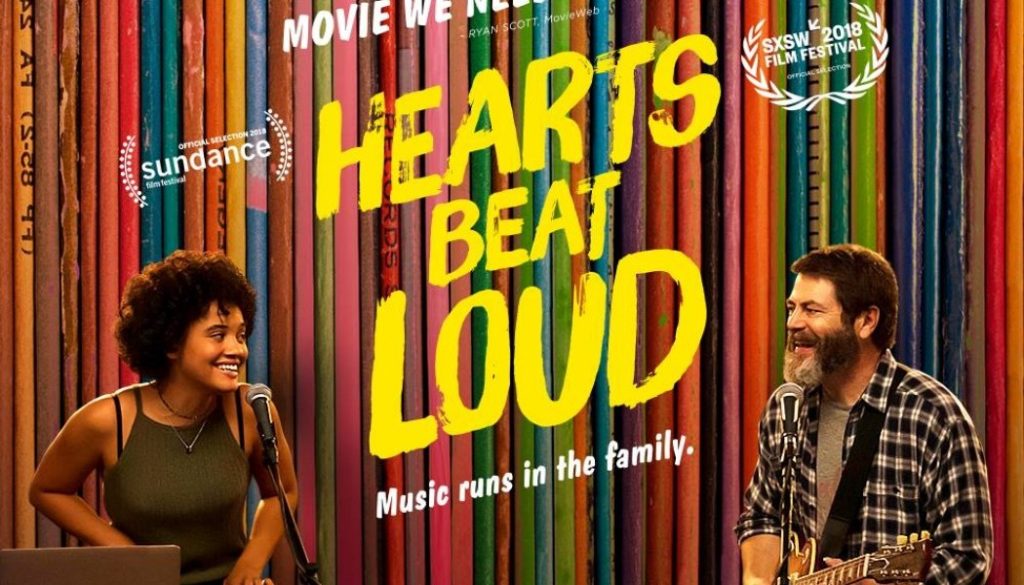 Nick Offerman plays a widowed father named Frank who was former musician who now owns a vinyl-only record store in Red Hook, Brooklyn. Frank faces several problems. His record store is failing. His mother (Blythe Danner) shows signs of dementia. Frank’s daughter Sam (Kiersey Clemons) is headed for UCLA to become a doctor and Frank doesn’t know where he’s going to find the tuition money. Frank’s bartender friend, Dave (Ted Danson), tries to help him. Leslie (Toni Collette), Frank’s landlady, offers some romantic opportunities. Sasha Lane provides some romantic opportunities for Sam. The gimmick in Hearts Beat Loud is that Frank and Sam write a song and record it in their home studio. Frank uploads the song to Spotify and it becomes a hit. That success gives Frank hope that music might save him from the disasters growing around him. My problems with Hearts Beat Loud center around the music and the plot. The music is bland. The plot is predictable. With a good cast like this, Director Brett Haley should have produced something special. Ted Danson and Toni Collette pretty much just stand around. Marc Basch’s script holds no surprises. GRADE: B-