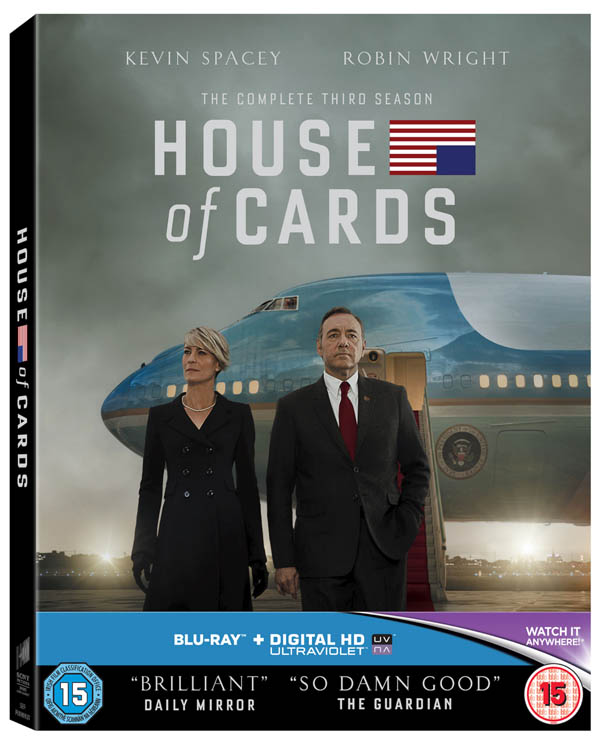 Many people dislike politics and all the game-playing that goes on in Washington. But House of Cards turns all that political straw into dramatic gold. Kevin Spacey and Robin Wright have the gravitas of Macbeth and Lady Macbeth. The ebbs and flows of political power, the double-dealing, the lies, and their consequences are all on display in this outstanding drama series. I really like Kevin Spacey’s cunning and ruthlessness. And the portrait of a “political marriage” is completely convincing. Television drama doesn’t get much better than this. GRADE: A

7 thoughts on “HOUSE OF CARDS, THE COMPLETE THIRD SEASON [Blu-ray]”