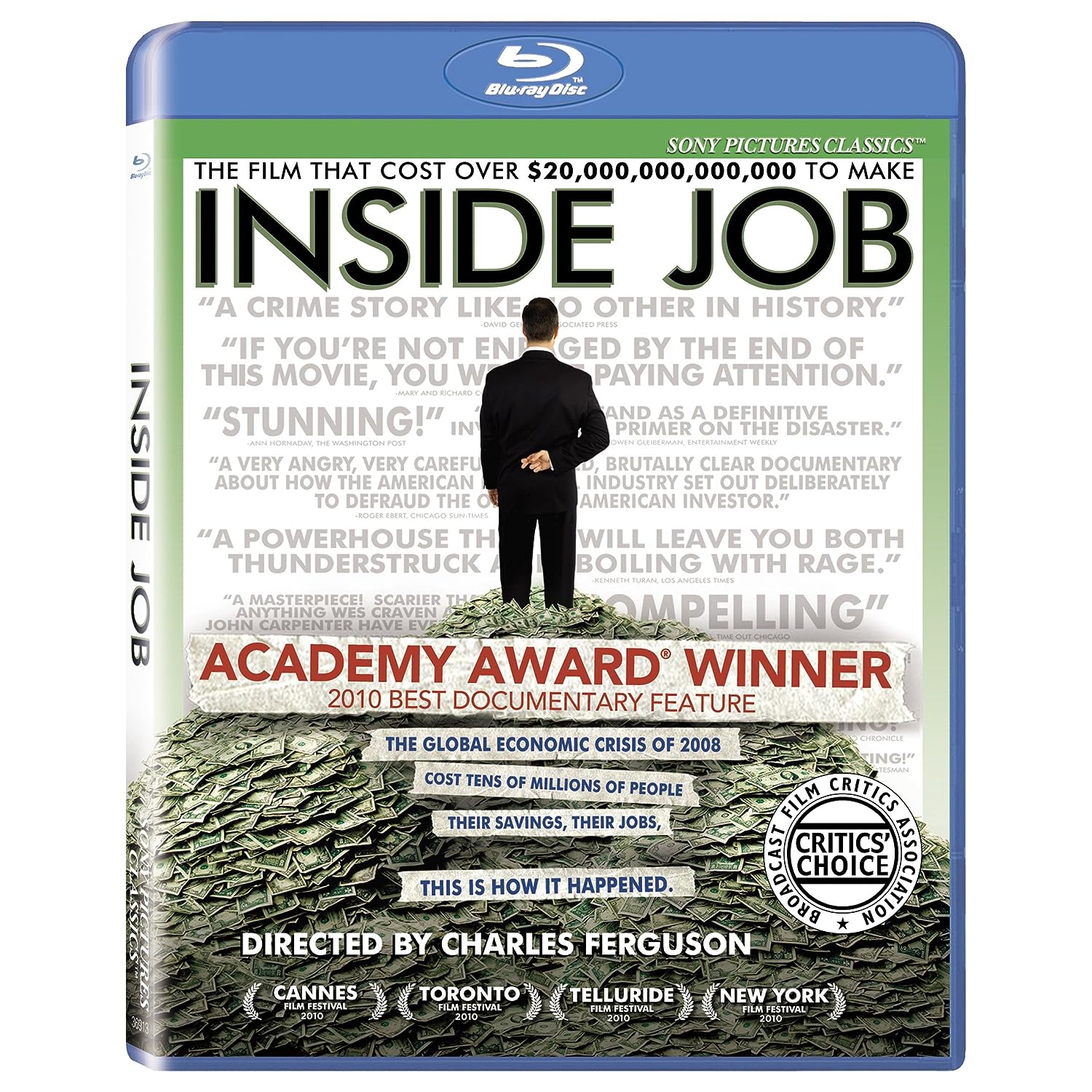 Back in December 2010, I picked Inside Job as my favorite documentary of the year. Director Charles Ferguson, with Matt Damon narrating, manages the impossible: clearly describing how the global financial melt-down occurred. It cost $20 trillion dollars and caused millions of people to lose their jobs, their houses, and their life-styles. You would think that Congress and the President would fix the problems that created so much destruction. But you would be wrong. It can all happen again. Corrupt politics, corrupt business practices, corrupt credit rating agencies still conduct business pretty much as usual. You can’t watch Inside Job without getting angry. No one has been held accountable. GRADE: A+