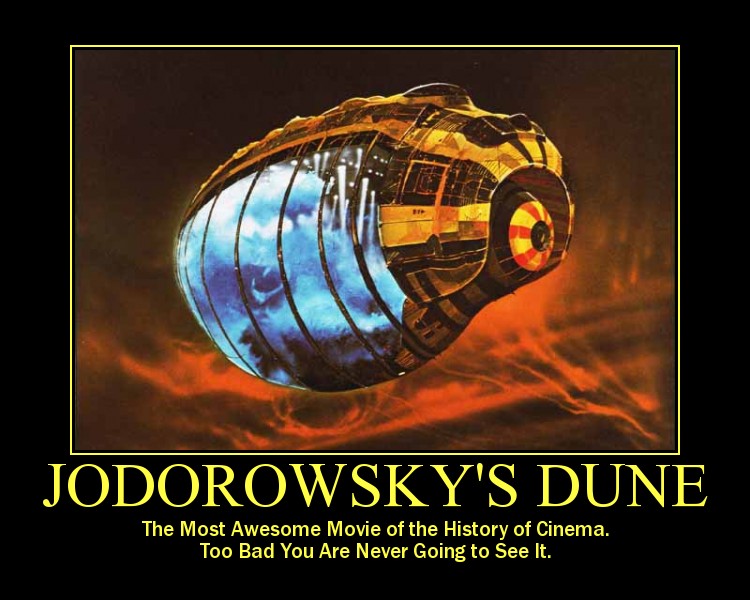 Dune by Frank Herbert is one of Science Fiction’s classic novels. Neither David Lynch’s version or the old Sci-Fi Channel’s version did justice to the book. Alejandro Jodorowsky conceived a legendary cinematic treatment of Dune back in the 1970s. Salvador Dali, Orson Wells, and Mick Jagger all signed on for the film. Jodoroswky’s Dune shows the treatment that was taken to Hollywood. Artwork by Chris Foss, Moebius, and H.R. Giger. Special effects by Dan O’Bannon. But the movie was never made. It was too radical, too far ahead of its time. When the creative team broke up, all these talented people went in different directions. Dan O’Bannon and H.R. Giger got involved with the movie Alien. George Lucas and Star Wars have aspects of the never-made Dune. Blade Runner and Prometheus by Ridley Scott includes elements from Dune. I loved this wonderful documentary. GRADE: A