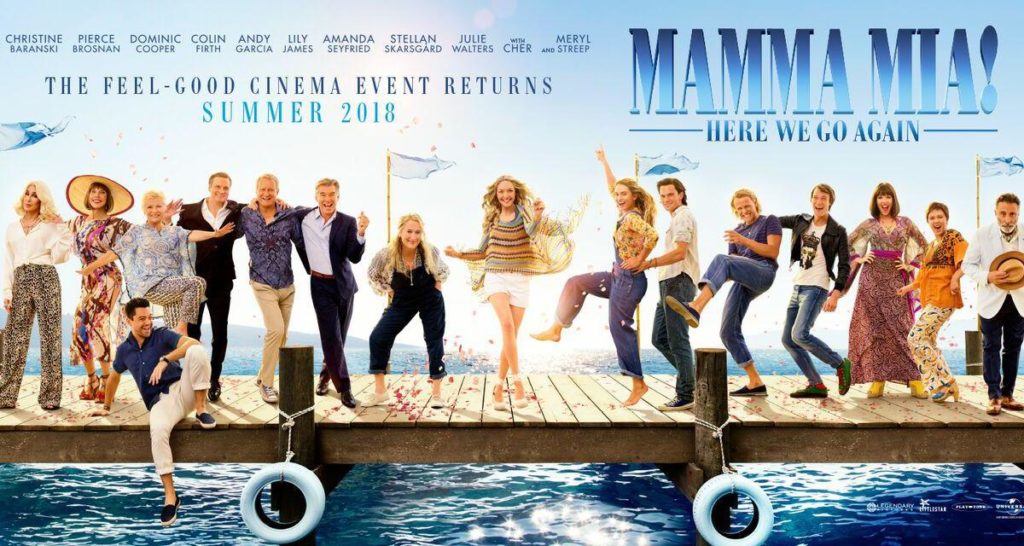 Mamma Mia! Here We Go Again is both a sequel and prequel to Mamma Mia! (2008). Part of this movie tells the story of how free-sprit Donna Sheridan (played marvelously by Lily James) both found her way to the idyllic island of Kalokairi in the Aegean Sean and got pregnant with her daughter, Sophie. The sequel part features a grown up Sophie (played by Amanda Segfried) who has restored the hotel Donna built as a tribute to her mother. Of course, there are problems. Sophie’s lover, Sky (Dominic Cooper), considers a job offer in New York City which would separate him from Sophie. Young Donna chases her destiny. Sophie’s “fathers” (Pierce Brosnan, Colin Firth, and Stellan Skaragard) each face “issues” in their lives.

No matter, the energy powering these Mamma Mia! movies is the ABBA music. Christine Baranski steals every scene she’s in. Andy Garcia provides some impressive gravitas. Cher dominates the last 20 minutes of the film. If you’re in the mood for a musical confection, give Mamma Mia! Here We Go Again a try. GRADE: B