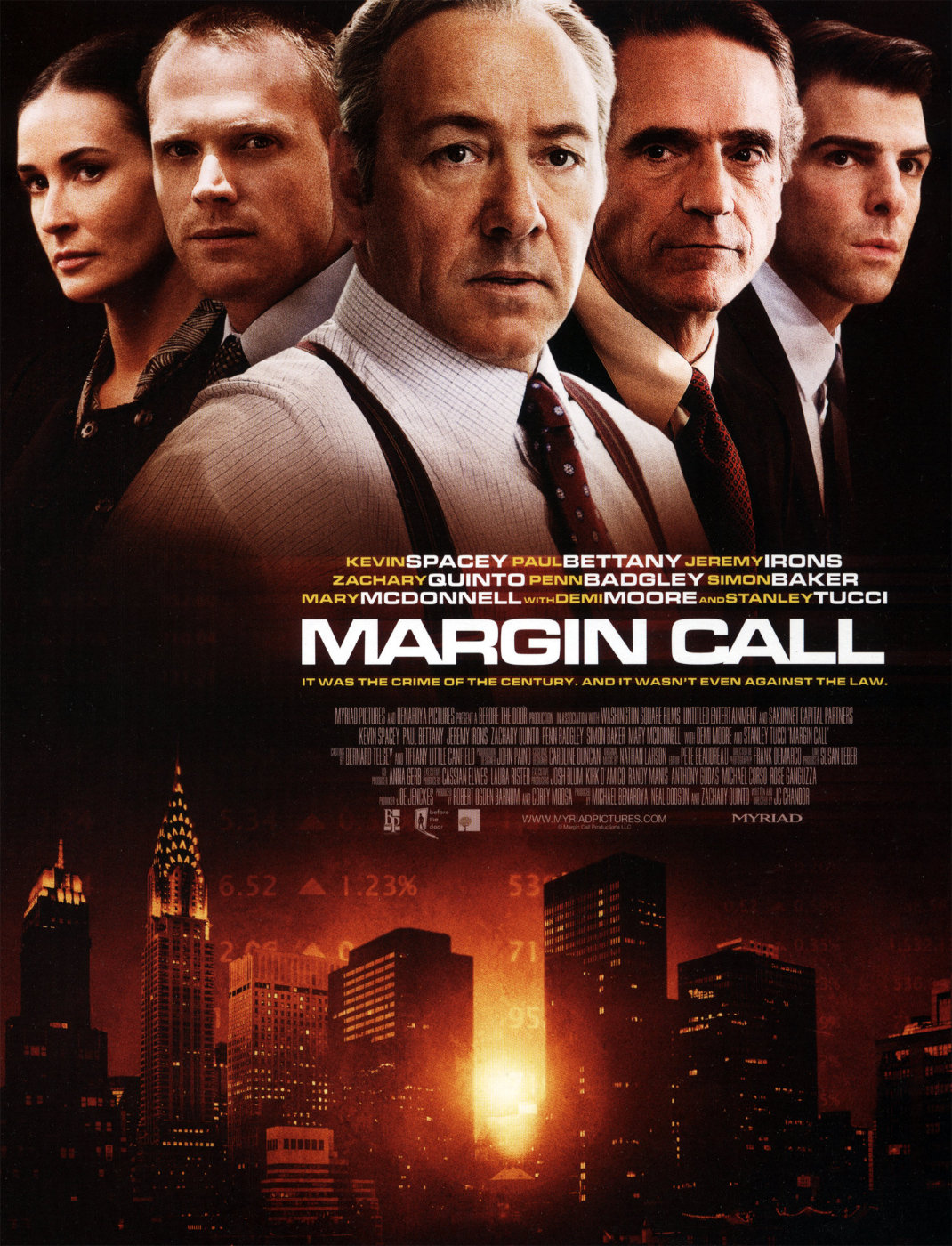 I had hoped to like Margin Call more than I did. Margin Call is loosely based on the financial meltdown at Lehman Brothers. Kevin Spacey plays a character who has been part of the firm for 34-years and who acts of the conscience of the company. Stanley Tucci’s character, who works in the Risk Management office, discovers a disturbing trend in the trades the firm is making. But before he can completely prove his case, Tucci is fired. Zachary Quinto plays another analyst who takes Tucci’s findings and tweaks them until the truth becomes evident: the firm is already in jeopardy because of their trades in toxic assets. Simon Baker (The Mentalist) and Demi Moore aren’t given much to do. Jeremy Irons shows up as the CEO who will do ANYTHING to save the firm (and his stock options). There’s a subplot about a pet that I found completely gratuitous and phony. Still, this talented cast makes the most of a weak screenplay to portray the beginning of the financial crisis. GRADE: B