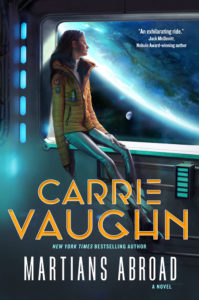 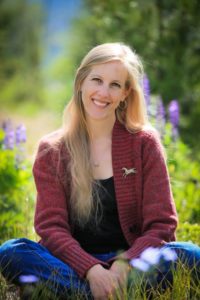 Carl V. Anderson raved about Martians Abroad on his blog. Here’s his review. Like Arabella of Mars by David D. Levine, Martians Abroad follows the tradition of Heinlein’s juvenile SF novels and Andre Norton’s early SF novels. Polly Newton is a feisty teenager born and raised on Mars. Polly wants to be a starship pilot. Her twin brother, Charles, is a genius at computers and strategy. Both Polly and Charles are shocked when their mother, Director of the Mars Colony, tells them she has enrolled them in the prestigious Galileo Academy…on Earth! Polly rebels at leaving the planet she loves, but in the end both kids are shipped off to Earth. Plenty of problems vex Polly and her brother. First, they have to adjust to dealing with three times the gravity of Mars. Earth teenagers can be mean and nasty. When “field trips” occur, surprising events happen and Polly shows how a true Martian reacts to adversity. If you like books like Podkayne of Mars you’ll enjoy Martians Abroad. Carl’s review is spot on about the thrills in this book! GRADE: B+

8 thoughts on “MARTIANS ABOARD By Carrie Vaughn”