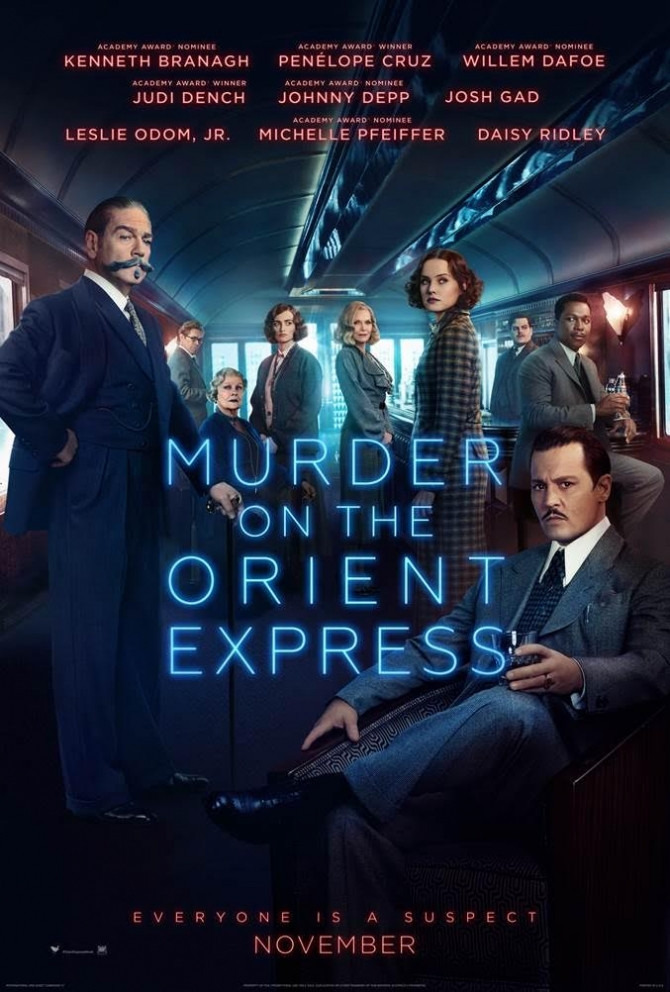 My problem with Agatha Christie movies is that once I’ve read the book and know Whodunit, the suspense vanishes when I watch the movie. This latest version of Murder On the Orient Express looks great on the screen. Kenneth Branagh plays Hercule Poirot with more physicality than Finny or David Suchet: Branagh chases Bad Guys and gets shot. And, this 2017 version of Murder On the Orient Express has done so well at the box office that a sequel, Death on the Nile, has been announced. But I’m hoping the producers cut away some of Kenneth Branagh’s ridiculous mustache! Do you have a favorite Agatha Christie movie? GRADE: B

20 thoughts on “MURDER ON THE ORIENT EXPRESS”